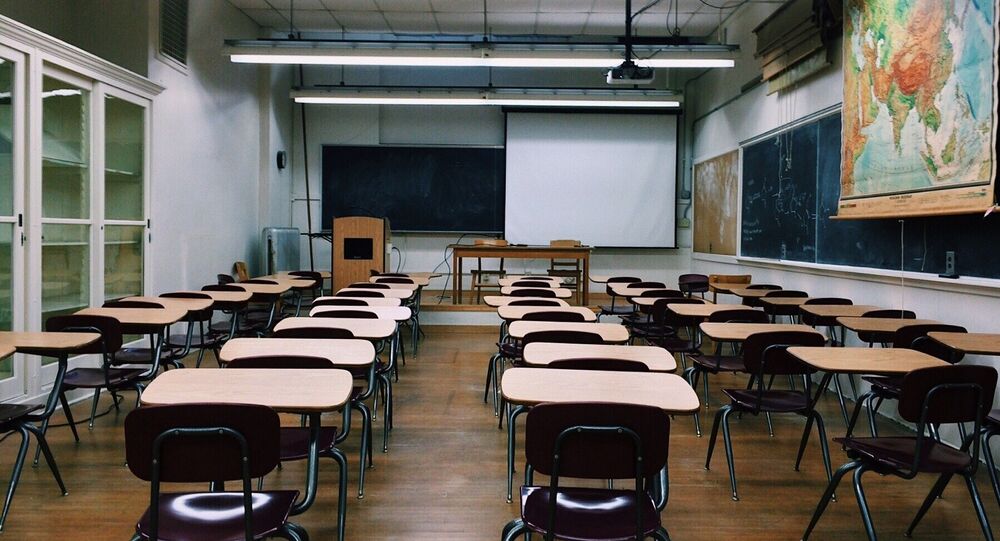 The Swedish city of Uppsala has landed in hot water with its unconventional handling of a juvenile rapist. The convicted 16-year-old violator was allowed back into the same school - only to rape again.

© AFP 2020 / JANERIK HENRIKSSON / TT NEWS AGENCY
Gang Wars Rage in Swedish Ghettos Despite Officially 'Decreasing' Crime Rate
The 16-year-old violator was ultimately convicted of two counts of child rape at a school in Uppsala and sentenced to four month's youth custody and 230,000 SEK ($26,000) in damages. The culprit pleaded not guilty and denied the charges throughout the trial and has filed for an appeal together with his lawyer Anders Wallin.

Arguably, the school could have interfered to avoid a relapse, but chose not to interfere. Instead, the underage rapist sneaked back into the school and raped again. After being reported for the first rape in January 2016, the 16-year-old was restricted from school during class and received tuition outside regular hours. However, the restricted access order did not prevent him to commit a second rape in the same school. According to the National Agency for Education, schools may reassign pupils it finds inappropriate, a practice that the Uppsala school declined with dramatic consequences.

© Flickr / Anders Lejczak
Fear of Rape on the Rise Among Swedish Women, Study Finds
According to her, the second rape could possibly not have been averted by the school.

"No, I do not think so. The student came illegally into the school at a time when he should not have been there. This could have been possible if he was reassigned elsewhere," Ingela Hamlin told SVT, venturing that Swedish schools are large, open and easily accessible, which limits the possibilities for revealing unauthorized access.

According to the National Agency for Education lawyer Sofia Kalin, reassignment is required when keeping the pupil in question entails a sizable financial difficulties for the school or would jeopardize other pupils' security and education.

"It is an outrage that the boy was allowed to stay in the same school, despite the fact he had been awarded an entry ban. It must have involved an obvious risk of a repeat offence, which also happened. Instead, yet another child was raped at the same school. What were they thinking?" Massi Fritz told the Swedish tabloid newspaper Expressen, also criticizing the length of the trial, which lasted 14 months. According to her, such issues should be dealt with promptly and have the highest priority.

© Flickr / Alyssa L. Miller
Sweden's Mollycoddling of Rapists Blamed for Surge of Sex Attacks
Previously, Massi Fritz argued that the Swedish justice system had a far too condescending attitude towards rapists, which allegedly led to only a fraction of cases leading to trial. Following the Uppsala case, she argued that more police resources should be allocated to combat the problem.

The topic of sexual violence is an extremely tender issue in Sweden at the moment. Outrageous rape cases habitually making Swedish headlines have prompted many public speakers, including UKIP founder Nigel Farage, to refer to Sweden as the "rape capital of Europe," a characteristic the Swedish authorities vehemently deny.