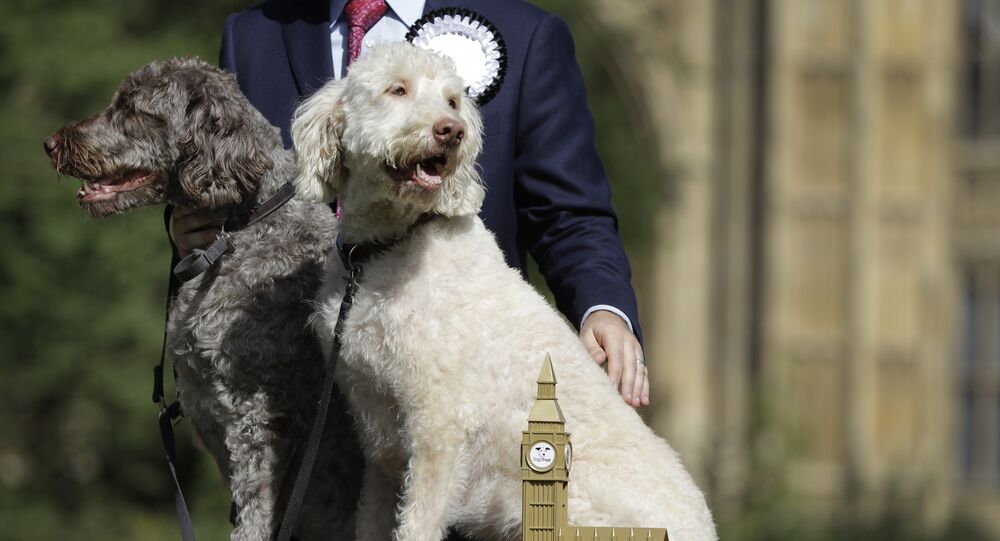 If you live in Roseville, Minnesota, and seek to buy a dog or a cat from a pet store, you are now out of luck.

YouTube/Sputnik
Pet Evacuation During Oroville Dam Spillway Crisis
The Minnesota city of Roseville has become the first city in the state to ban the sale of cats and dogs by pet stores.

According to a report by TwinCities.com, the decision was made after a pet shop called Har Mar received a troubling inspection report from the US Department of Agriculture.

"This is in fitting with Roseville's values, and current conditions are not," city council member Lisa Laliberte said, shortly before the vote to ban the animal sales.

According to animal rights advocates, the use of "puppy mills," as defined by the practice of breeding and wholesaling cats and dogs to pet stores, is a poor choice, as the animals are routinely kept in tightly-confined cages, and receive poor veterinary treatment.

Puppy mills are crude, typically poorly-maintained kennels, where dogs or cats are held for breeding prior to being sold to pet stores. According to a 1984 Avenson v. Zegart case, puppy mills are defined as "a dog breeding operation in which the health of the dogs is disregarded in order to maintain a low overhead and maximize profits."

Pets purchased from a pet store are spoiled merchandise, say dog enthusiasts, due to poor conditions and lackadaisical veterinary treatment. Most licensed breeders do not deal with stores, preferring instead to directly sell an animal to its respective owner.

"We know responsible breeders don't sell to pet stores," said Christine Coughlin, the director of the Minnesota chapter of the Humane Society of the United States. "They want to make sure it's a good fit."

Pet shops in Roseville will now only be allowed to sell pet accessories and food, but no live animals.

Har Mat Pet Shop owner Gary Papineau, in response to the new regulations, testified that he personally inspects the breeders his store buys from, and would be willing to pay a licensing fee to continue selling animals. As of now, however, a portion of Papineau's business will have to go.

Irritated Elephant Brutally Bashes a Girl for Trying to Pet It