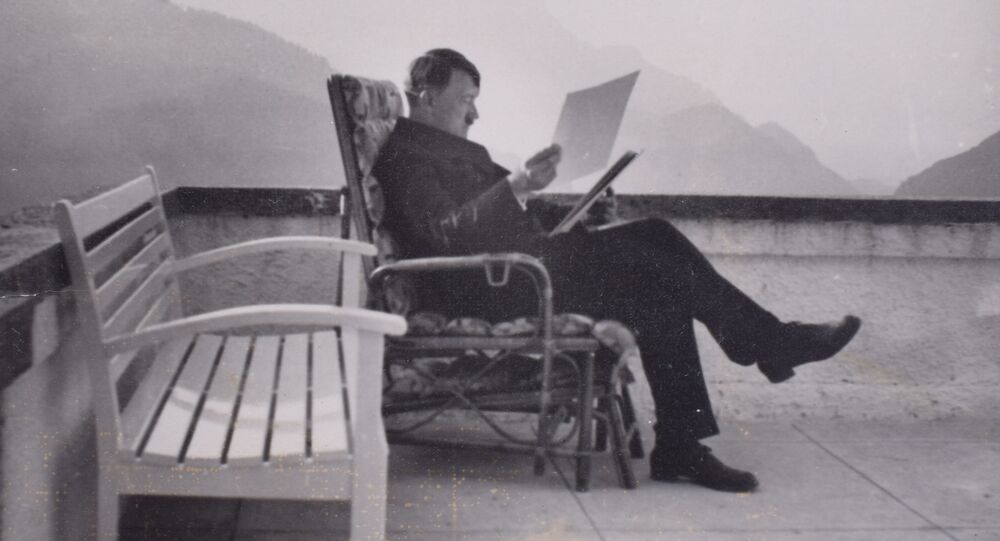 A photo album with unseen photos of Adolf Hitler during World War II is to be auctioned off and is expected to fetch over £15,000 (roughly US$18,340).

The astonishing set of pictures shows the Nazi leader grinning as he met children, offering a salute outside his Berghof headquarters, traveling through Germany on a motorcade and casually flicking through documents. 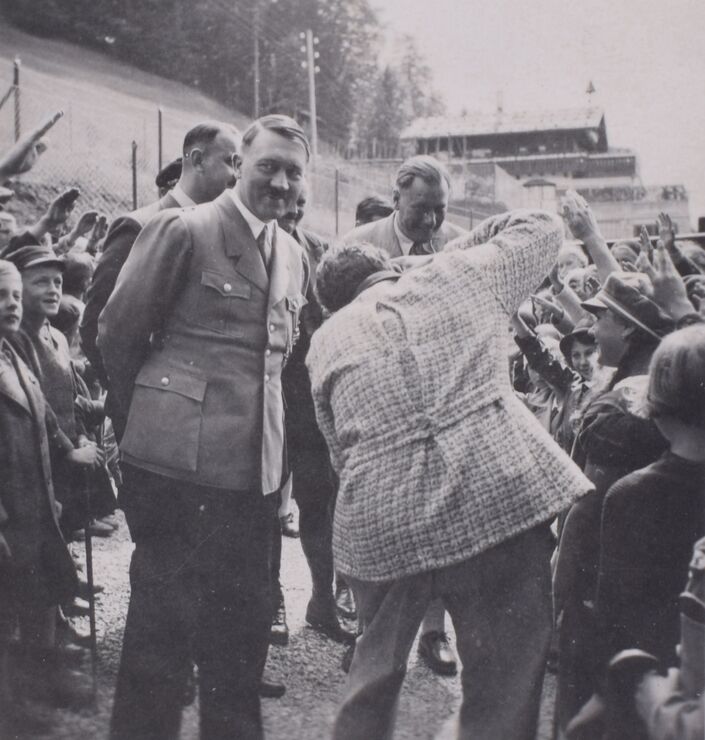 © Photo : C&T Auctioneers and Valuers
A smiling Hitler surrounded by schoolchildren at the Berghof

Other images show SS chief Heinrich Himmler posing for the camera with a smile and Joseph Goebbels, one the key architects of the Holocaust, receiving a warm applause from a crowd. 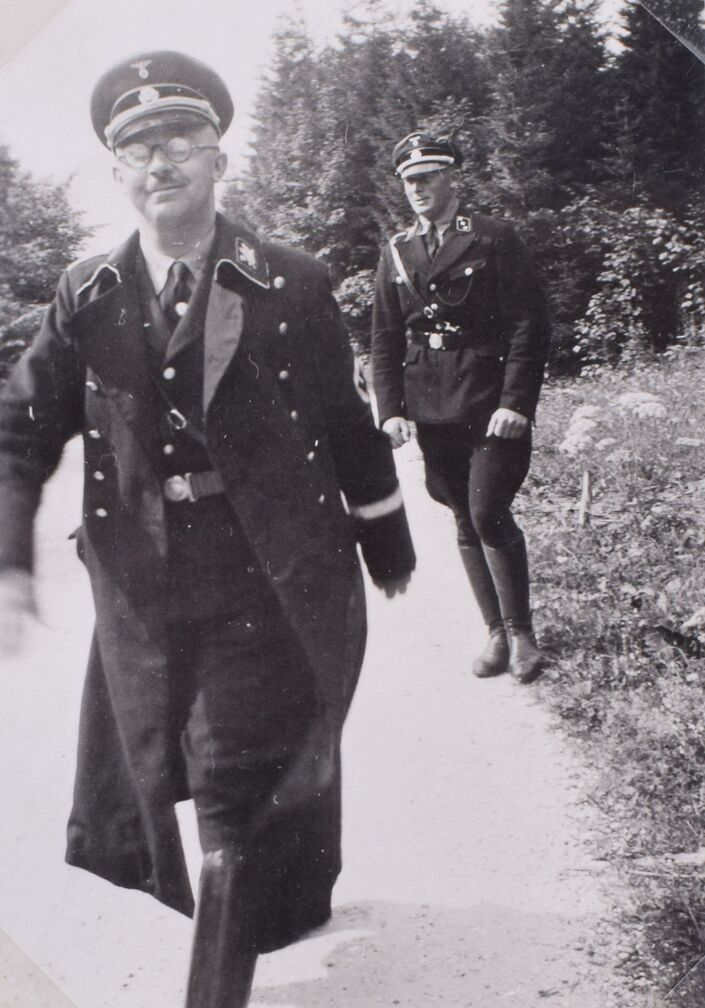 The intimate album was found in April 1945 in the bedroom of Hitler's longtime companion Eva Braun in the "Fuhrerbunker" in Berlin and offers a glimpse into the personal life of the leader, who kept details of his relationships from the public.

A number of the photos were taken at the now destroyed Berghof holiday residence. The grounds were visited by UK Prime Ministers Neville Chamberlain and David Lloyd-George and the Duke and Duchess of Windsor before fighting broke out in Europe.

The 20th century building was heavily modified in the run-up to the war, so that Hitler could use it as a base but the leader spent the later part of the war, and his life, at his Eastern Front headquarters. 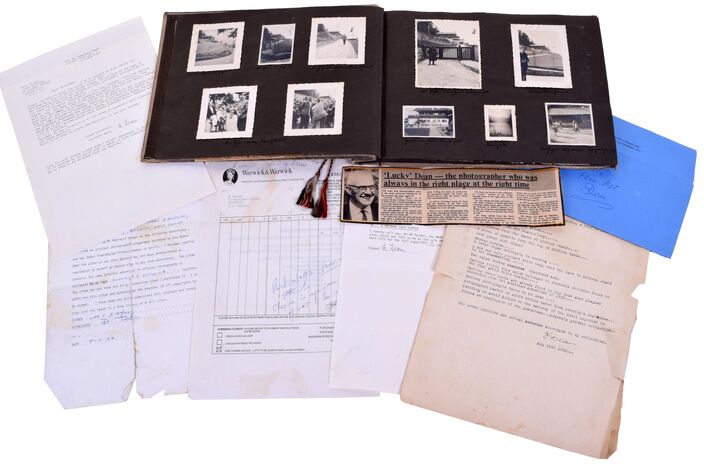 © Photo : C&T Auctioneers and Valuers
Historic Original Photograph Album Belonging to Eva Braun and Retrieved from Her Room in the "Fuhrer Bunker" Berlin in April 1945

The once grand structure was damaged by hundreds of British Lancaster Bombers 12 days before the Germans surrendered, and it was looted and set on fire soon after, by retreating SS troops in early May 1945.

It was eventually demolished by the West German government in 1952.

The album was found by British photographer Edward "Dixie" Dean and broadcaster Richard Dimbleby, who watched a Russian soldier prize it from a drawer shortly after Hitler and Eva's suicide.

Dean sold the album to a collector in the 1980s, who sold it to another, who now wishes to the sell the rare find. 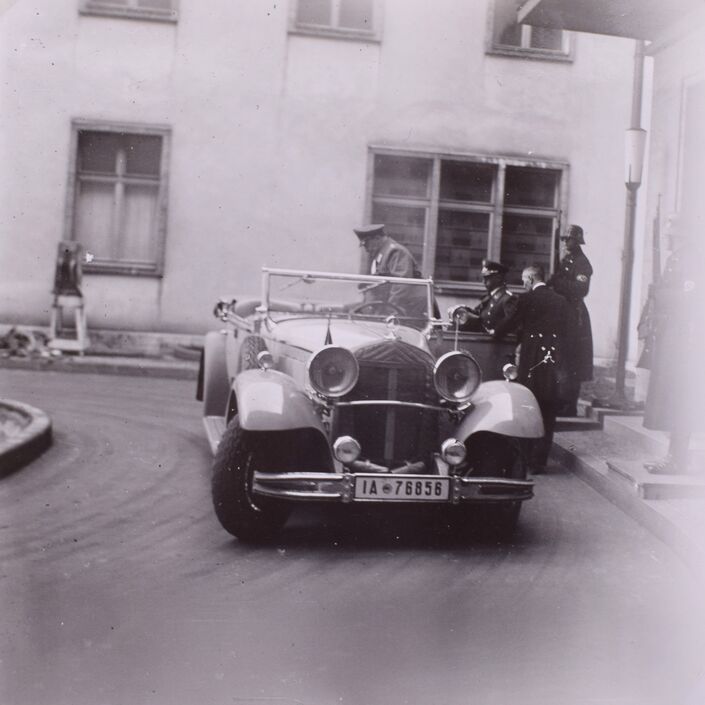 The photos compiled by the "First Lady" of the Third Reich are available for purchase from UK based C&T Auctions, who in their catalogue said the buyer will "acquire a powerful visual statement from the seat of Nazi power."

"The pictures are very personal. Hitler's image, particularly his photographs, were controlled. They had to be approved," C&T Auctions consultant Tim Harper told Reuters. 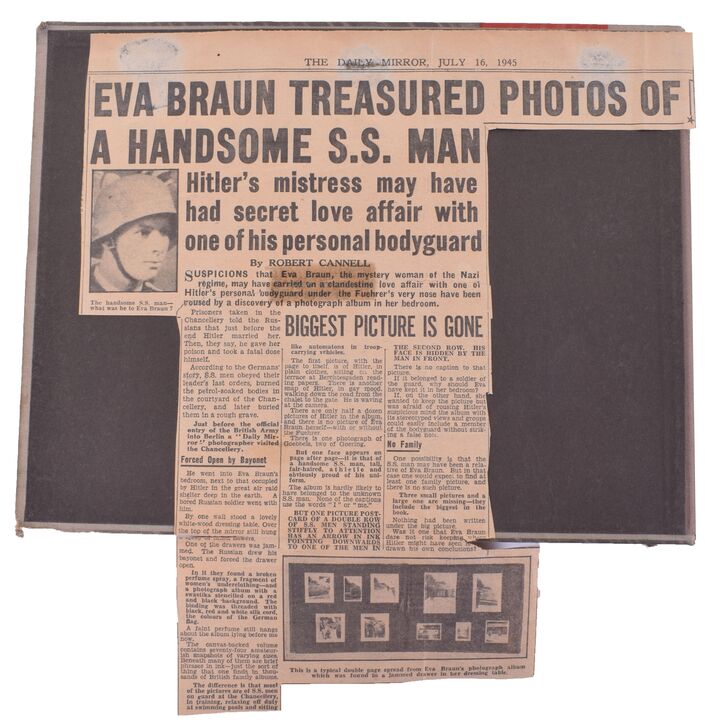 © Photo : C&T Auctioneers and Valuers
Article in the Daily Mirror of July 16, 1945 which features the Album with photographs of some of its images, including a double page clearly from the Album, under the heading "Eva Braun Treasured Photos of a handsome S.S.Man" with the sensational claim that Hitler's mistress may have had a secret love affair with one of his personal bodyguard.

"The shots you are seeing in this album are natural, relaxed, a number of them are amusing and almost certainly they would not have been allowed to be published. They are quite revealing… They had to be taken by someone who had clearance to get close to the Fuhrer and close to that inner circle."

The album goes on sale on March 15 and follows the February US auction of a telephone used by Adolf Hitler during the war for US$243,000.

The piece was, dubbed as one of Hitler's most lethal weapons, had a starting bid of US$100,000 and was snapped up by an anonymous buyer in Chesapeake City, Maryland.