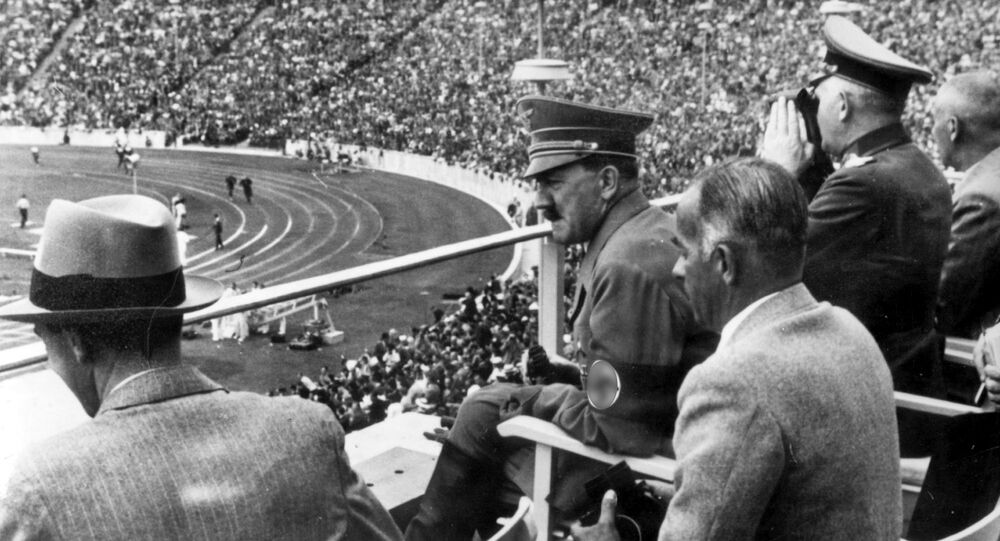 A looped GIF image of Adolf Hitler apparently exhibiting symptoms of amphetamine use has become a big hit on Reddit, accruing over 28,000 upvotes just one day.

© AP Photo / Matthias Balk
Blood Money: Czech Publishing House Sells Hitler T-Shirts, Mugs
The looped image, posted on March 8, features Adolf Hitler sitting in a stadium and rocking back and forth as he stares intently at some kind of sporting event apparently taking place below.

Due to the fact that the video was apparently sped up, the Nazi leader's movements appear jerky and somewhat involuntary, which prompted the person who posted it to label the image  'Adolf Hitler showing symptoms of amphetamine use.'

The GIF image's popularity soared overnight; by the next day it has already accrued over 28,000 upvotes and spawned a discussion thread of over 2,200 comments.

Some Reddit users, who deduced that the video was probably recorded during the Berlin Olympics of 1936, even started to debate whether Hitler was actually a stimulant drug user at that time or not.