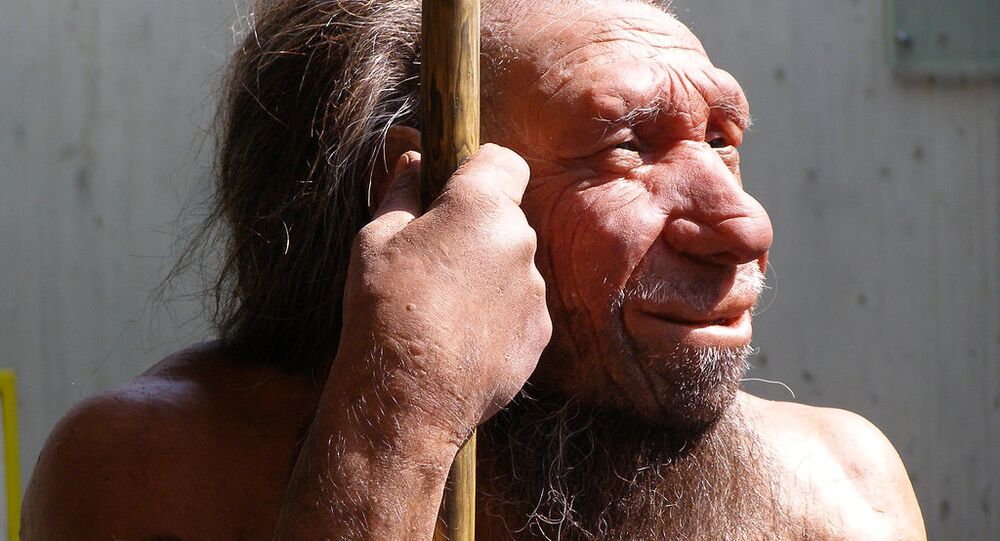 A Chinese-American team of scientists has discovered two partial skulls in central China that appear to be half human, half Neanderthal. The skulls have caused speculation that they belong to a previously-unknown relative of homo sapiens.

The skulls are between 105,000-125,000 years old, and were found in Lingjing, Xuchang County, in Henan province, by researchers from both the Chinese Academy of Sciences in Beijing and at Washington University in St. Louis, Missouri.

The findings were published in the journal Science. "Some features are ancestral and similar to those of earlier eastern Eurasian humans, some are derived and shared with contemporaneous or later humans elsewhere, and some are closer to those of Neandertals," the paper read.

The newly-discovered skulls have large brain cavities, ruling out most known hominid species, as only homo sapiens and homo neanderthalis are known to have brains of that size. Unusually, the brains of the new discoveries display many characteristics associated with both humans and neanderthals.

A leading theory regarding the skulls is that they are Denisovans, of which only three fossils (a finger bone and two molars) have been discovered. Speculation over whether the Denisovans were human, neanderthal, or another species entirely, have raged since the first fossil was discovered in 2000.

Laboratory analysis might illuminate more on these remarkable finds, but the odds are stacked against the team. The skulls are missing teeth and no DNA samples have yet been extracted. "…It is not possible to infer skull morphology from ancient DNA directly," said evolutionary anthropologist Philipp Gunz, with the Max Planck Institute. "I therefore hope that future studies will be able to extract ancient DNA from these or similar specimens."

Humans are one of sixteen known species in the Homo genus, although we are the last group standing. The Red Deer Cave people, who lived in what is now the Guangxi province of China between 14,500-11,500 thousand years ago, are the most recent members of the species to go extinct, although biologists are divided as to whether they are another species, a cross-breed of homo sapiens with Denisovans, or simply homo sapiens themselves.

Neanderthals, who died out some 40,000 years ago, had a 99.7-percent DNA similarity with modern humans, and are believed to have once shared continents such as Europe with our prehistoric ancestors. It is unclear why they went extinct, although leading theories involve climate change interfering with food sources, homo sapiens driving them to extinction by exposing them to foreign pathogens, or (somewhat more controversially) a catastrophic volcanic eruption causing sulfuric rain that killed them.