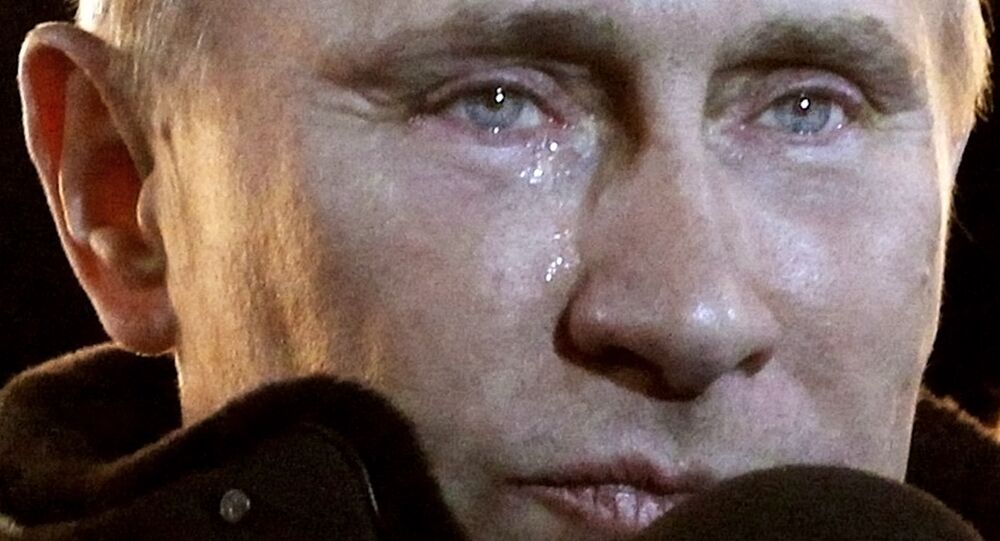 They Cry, Too: Six Occasions When World Leaders Gave In to Their Emotions

Politicians are used to concealing their feelings, but sometimes even they can get very emotional. Below are several occasions when world leaders were spotted crying in public.

On March 4, 2012, Vladimir Putin was re-elected Russian president for the third time. The next day, when he made a speech at a rally of his supporters at the Manege Square in Moscow, he was so touched that he was unable to hold back his tears. Later he said that the tears were caused by a strong wind (see cover photo).

US President Barack Obama was caught crying publicly several times. On January 5, 2016, he started crying during his speech dedicated to a new US gun law. Obama recalled the massacre in Sandy Hook Elementary School, in which 20 children had been killed. "Every time I think about those kids it gets me mad," Obama said.

On January 11, 2017, Obama got very emotional during his farewell speech, saying words of gratitude to his wife Michelle. "Michelle — for the past 25 years, you've been not only my wife and mother of my children, but my best friend," he confessed.

© AP Photo / Carolyn Kaster, File
President Barack Obama wipes away tears from his eyes as he speaks in the East Room of the White House in Washington on Jan. 5, 2016, about steps his administration is taking to reduce gun violence.

Britain's Queen Elizabeth II has rarely showed emotion in public. However, on May 17, 2016, she began to cry during the ceremony honoring the fallen soldiers of the Duke of Lancaster's Regiment.

Before this incident, the Queen shed a tear in 1997, at the farewell ceremony dedicated to the last voyage of the Royal Yacht Britannia, which belonged to the royal family for over 40 years.

On September 27, 2010, former Afghan President Hamid Karzai shed tears during his TV address to the nation, when he called on his compatriots to stop violence in the country. "I do not want my son to leave the country. I want him to go to school here. God forbid that my son was forced to leave Afghanistan," Karzai said.

© AFP 2021 / SHAH MARAI
Afghan President Hamid Karzai is seen through the screen of a video camera wipes his tears as he cries at a ceremony at Amani High School in Kabul on September 28, 2010.

On October 2, 2009, Brazilian President Luiz Inacio Lula da Silva burst into tears of joy after it had become known that Rio de Janeiro would host the 2016 Olympic Games. "Anyone, who thought that we were incapable of running the country, now know that we can hold the Olympics. Brazil's time has come," da Silva said.

Obama's predecessor was seen crying on January 11, 2007, during a ceremony honoring US Marine Corporal Jason Dunham, who died in Iraq covering an enemy grenade to save his fellow soldiers. Dunham was the first servicemen of the Marine ground forces to be awarded the Medal of Honor (the highest US military award) for taking part in Operation Iraqi Freedom.