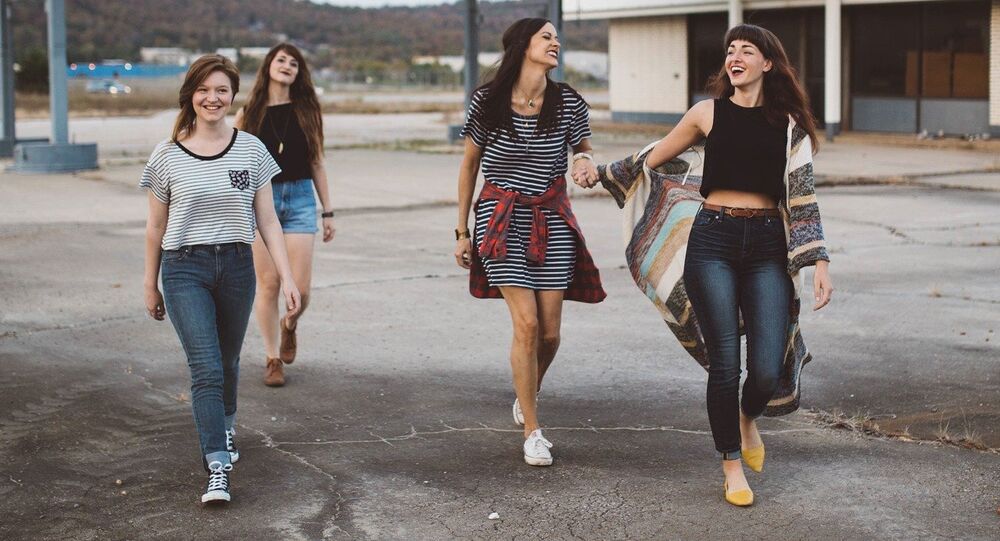 Scientists Can Predict If a Teenager Will Become a Drug Addict

Scientists believe they have identified a way in which to predict whether teenagers will use drugs in a "problematic" way when they get older.

The study saw an international neuroscientist team conduct MRI brain scans on 144 14-year-olds, while the teenagers completed a "Monetary Incentive Delay Task" that gauged the reactions of areas of the brain to rewards of money. The paper suggests the combined test provided an indication of reward anticipation, and how impulsive subjects were — considered in tandem, these signals can determine whether an individual is more likely to use drugs by the time they reach 16.

The researchers believe this could be developed into a method of targeting those vulnerable to taking both legal and illegal drugs, and stage interventions before addiction befalls them. Moreover, by targeting only those more likely to suffer from damaging addictions, it would optimize the way in which resources and treatments were distributed and targeted.

The researchers are far from disparaging about such tendencies, stating that while such inclinations can inspire behavior that is impulsive, rash, risky and detrimental, it can also be beneficial — adolescents can be encouraged to discover and explore new opportunities.

Nonetheless, the researchers couldn't determine why decreased brain activity was exhibited by the teenagers who were more likely to use drugs, suggesting it could be due to inheritance, environmental influences, a combination of the two, or other factors. Historically, much of the motivation for adolescent and adult drug taking was said to stem from childhood experience, be it a lack of attachment and nurturing by parents or caregivers, ineffective parenting, and parental/caregiver substance abuse.

While it's possible brain scans could become a part of conventional medicine, if they do as good or a better job of predicting and recommending treatment as other measures, there is no suggestion of such scans becoming mandatory — ethical considerations would mean teenagers and their parents would have to give consent.

Many people who began taking drugs in their teenage years and have struggled with addiction since would perhaps wish such predictive capabilities existed before they ingested their first drug. Around 208 million people worldwide are estimated to regularly take drugs, many of whom are celebrities.

THE TRUTH ABOUT #COCAINE — One of the most dangerous drugs known to man. https://t.co/xaKdnmb94N #DrugEducation pic.twitter.com/vhFS2UV1W4

Drew Barrymore became addicted to cocaine as a child star, but two trips to rehab helped get her back on track.

Mary-Kate Olsen of the Olsen twins took cocaine to suppress her appetite as part of her eating disorder, and ended up in rehab. Since, the twins have since designed a US$55,000 handbag covered in prescription drugs to highlight their prevalence and dangers.

Robert Downey Jr. first tried drugs at the age of six, and later became an addict. He has since made an inspiring comeback.

Some have evidently been lucky enough to beat their addictions before it was too late — others are not so fortunate. Child star Macaulay Culkin began taking drugs as a teenager and never stopped, having been arrested for drug possession. Edward Furlong, who played the teenage John Connor in Terminator 2, became addicted to drugs and alcohol when his career began to fail, and has never recovered. Corey Haim started taking drugs at a young age and died in 2010 due to a prescription drug overdose. River Phoenix became secretly addicted to heroin as a young star and died of an overdose in 1993.

Wizard of Oz star Judy Garland struggled with drug addiction for much of her life, dying of a barbiturate overdose at 47. Charlie Sheen was first arrested for marijuana possession on his mom's birthday, and has battled with serious addictions to drugs such as cocaine and heroin ever since.

A 2012 United Nations report suggests around 200,000 die from drug use annually.