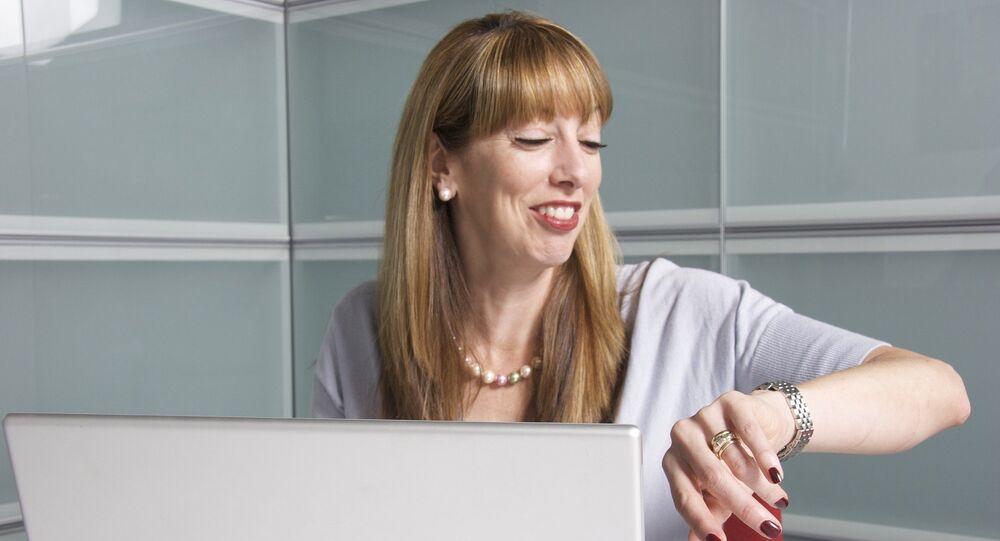 Around the globe, Swedes are known for Ikea and meatballs. Now they might become the first nation in the world to enjoy sex during work hours - provided that a hot proposal by a Swedish town councilor gets adopted.

© AP Photo / Martin Mejia
Let’s Get It On! Sweden’s Health Minister Tweets in Favor of Loud Sex
According to Per-Erik Muskos, a 42-year-old city councilor from the town of Övertorneå in northernmost Sweden, Swedes should be entitled to a one-hour paid break from work to go home and indulge in sex with their partners, which would hopefully improve family relationships (and also productivity at work). Muskos reportedly saw "no reason" why his motion wouldn't pass.

"There are studies that indicate the health benefits of sex," Per-Erik Muskos, told AFP news agency after presenting his motion, which many people outside of Övertorneå would gladly support as well. "I believe sex is a scarce commodity in many long-lasting relationships. Everyday life is stressful and there are children at home. This could be an opportunity to enjoy some privacy," Muskos told local Swedish newspaper Norrbottens Kuriren.

Muskos lamented the fact that couples were not spending enough time with each other in today's society and expressed hope that his proposal would increase the quality of relationships. At the same time, Muskos admitted that there was no possible way for the employer to verify that the personnel were using their "sex break" properly.

"Of course, you can't guarantee that a worker doesn't go simply opt for a stroll instead," Muskos said, stressing the importance of trust between employers and their employees.

© Photo : Youtube/ Spies Rejser
Racy Ad Urges Sex-Tired Danes With Kids to 'Do it Forever'
In recent years, an increasing number of Swedish companies, including retirement homes, hospitals and car centers, have been switching to a six-hour working day to increase productivity and make people happier by ensuring they had enough energy to enjoy their private lives.

A study by economic research institute Coe-Rexecode found that Sweden's full-time employees worked the least in Europe, after the Finns and the French. In 2015, an average Swede worked only 1,685 hours, as opposed to the 1,900 hours worked, on average, by his British counterpart.
Övertorneå is the main township in the eponymous Municipality on the Swedish-Finnish border, and has roughly 2,000 inhabitants.