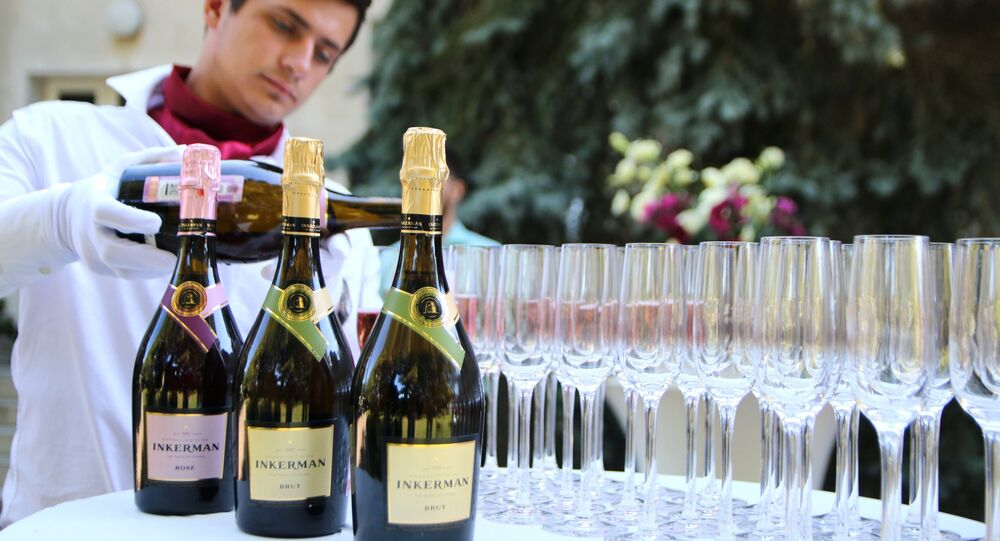 Bottoms Up! Russian Wines From Crimea Win Accolades in Italy

The wines produced in Russia’s Crimean Peninsula were ranked as some of the best among those presented at a prominent wine festival in Rome.

And according to Zakharyin, in addition to the accolades received at the festival at least two local restaurants have made arrangements to purchase Crimean wine.

"It is good that our wines are so popular. The Italians are interested in Crimean brands and are looking to taste something they’ve never experienced before," Zakharyin told RIA Novosti.

The Crimean wines presented at the fair were praised by enthusiasts and critics alike as Luca Maroni himself declared that "these are properly made wines, they are the future."

"Our products being introduced in Italy, in France or in Britain is a momentous event. Europeans are now becoming aware that Russia isn't just about vodka, we also have wine too. Alma Valley is a unique enterprise and its products are on par with the famous wines of Europe. This, I believe, is only the beginning and it will pave the way for us to win awards at other expos abroad," Kozachenko said.

He also added that Russian winemakers now have everything they need to produce some truly competitive products.

"When you have excellent soil, a unique climate, high-quality plants and the desire to make great wine, your product will always be remarkable. Right now we have unique soil and climatic conditions both in Crimea and in Krasnodar Region. And we also have something we lacked before: technology, modern equipment, temperature control and cold process bottling. All of this allows us to produce truly unique wines," Kozachenko surmised.