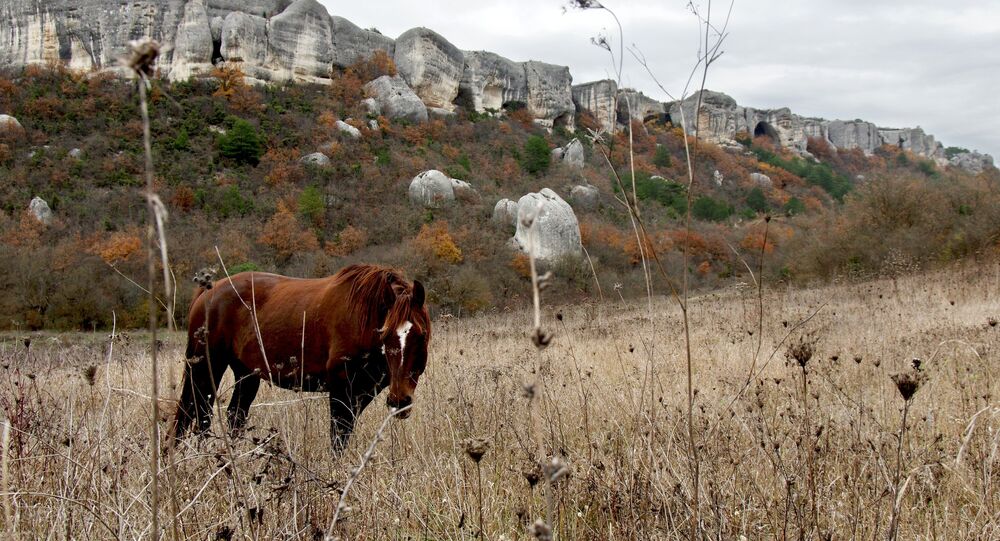 Woman Caught With 13 Pounds of Horse Testicles in Washington Airport

Customs agents confiscate unusual things all the time, but the officers at Washington Dulles International Airport may have already won the 2017 prize for the strangest find, with 13 pounds of horse testicles concealed inside of juice boxes.

The testes, along with 29 pounds of other assorted horse parts, and three liters of yak milk, came by way of a pair of Mongolian women who checked through Customs and Border Protection (CBP) on January 29. They claimed that they needed the testicles for medicinal purposes. The rest of the meat and the yak milk were for consumption.

"It was not for legitimate food purposes if you're concealing it," said CBP spokesman Stephen Sapp. "We had no certification from the Mongolian government that it was horse meat and had been inspected."

The confiscated horse meat was incinerated. Neither woman will face criminal charges. They were allowed to keep the yak milk.

The United States has strict laws regarding horse meat, requiring the transporter to have a horse meat certification from the government of their country of origin. Mongolian horse meat, in particular, is always prohibited.

This is primarily to present the spread of Hoof-and-Mouth Disease, an illness that affects hoofed animals. There is little choice but to put the animal down once it is infected, lest the disease spread.

"[CBP] takes no pleasure in seizing and destroying travelers' food products," said Wayne Biondi, CBP Port Director for the Area Port of Washington Dulles. "We're in the business of protecting America's agriculture industries, like the livestock industry, from the potential introduction of animal diseases posed by these unpermitted food products."

It is not unusual for CBP to confiscate exotic items from world travelers. The agency claims to collect everything "from charred full monkeys, to voodoo ceremony tools, to cocaine concealed inside the cavity of fully cooked chickens, to live sea horses and giant African land snails."

"So it seems that after a while, the oddity is not so odd anymore," said Sapp.

While there is no scientific evidence to support it, animal testicles are seen in many parts of Asia as a potent aphrodisiac. They also are a good source of zinc and protein, although many dislike their overly-chewy texture.

Horse Gets a Not-So-Quiet Friend

Scaredy Horse Hesitates in Front of a Simple Obstacle

Just a Horse Falling Asleep on Her Owner’s Cheek