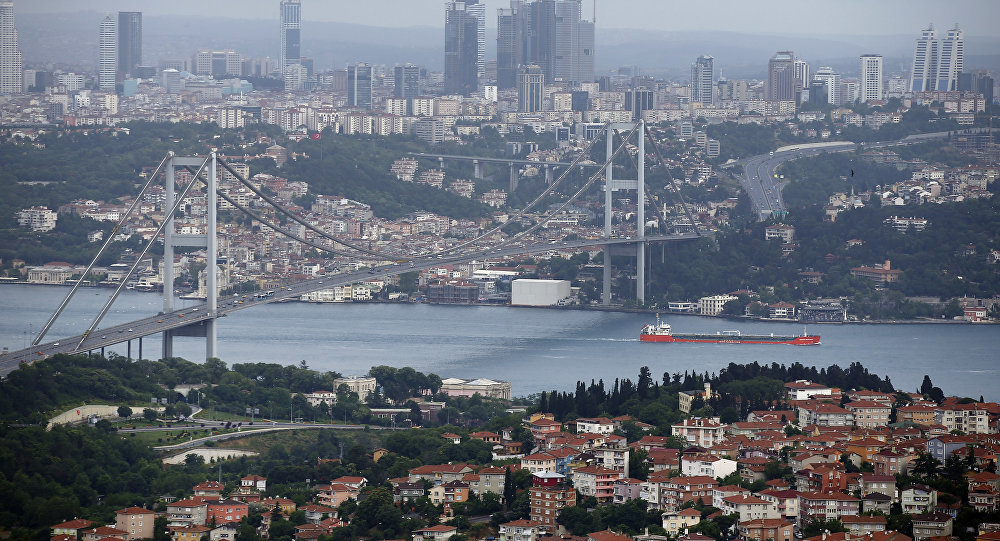 The construction of a new 3-story road-rail tunnel under the Bosphorus is about to begin in Istanbul.

© Sputnik / Ruslan Krivobok
Seismic Powder Keg: Massive Earthquake Threat Looms Over Istanbul
The new 4-mile-long tunnel will be integrated into the Istanbul road and railroad infrastructure and is expected to help reduce traffic density in the Turkish capital.

This massive undertaking, which may become the largest project of such magnitude in the world, is expected to be completed by 2020.

During a tender that was held on February 13 six companies vying for the construction contract presented their technical and financial proposals, according to Hurriyet newspaper.

The government intends to spend about $1.9 million on the project in 2017 alone and the total cost of the tunnel project is currently estimated at about $8.1 million. Drilling works aimed at determining the soil structure at the construction area are scheduled to begin soon.

The tunnel itself will be divided into three levels: top and bottom levels will contain two-lane motorways while the middle level will house a subway line.

The first stage of this huge infrastructure project involves the creation of a fast subway system that will link the European and Asian parts of Istanbul, while the second stage will culminate in the construction of a two-lane motorway system that connects the TEM road on the western side the Bosphorus with Camlik transportation hub on the eastern side of the strait.