With Internet But Without Drinking Water: Rural Life in Southeast Turkey

Residents of 14 villages in the district of Viranşehir in Urfa province in the southeastern Turkey have been living for years without roads and clean water supply. Sputnik Turkey’s correspondent visited these villages and saw how residents have to walk for 2 kilometers every day to obtain water.

The water wells are situated more than two kilometers away from the villages. The road to the wells is covered in snow and the only way to bring in water is by using donkeys.

Despite repeated requests to the authorities and protests held by residents of the district, the situation has not changed in years.

Residents of one of the small villages called Güvercin use mobile phones and have Internet access. They can receive news from all over the world, but are forced to travel many kilometers just to find drinking water.

As a result, in the summer the villagers move into the city but in winter the problem of finding water becomes extreme because water in most of the sources freezes.

In an interview with Sputnik, 60-year-old resident Güvercin, Nure İnal said, “It is very hard for us. We have no drinking water, no roads. We do not know how to live in such conditions. I am so old now but still like a child, I go to the well to fetch water.” 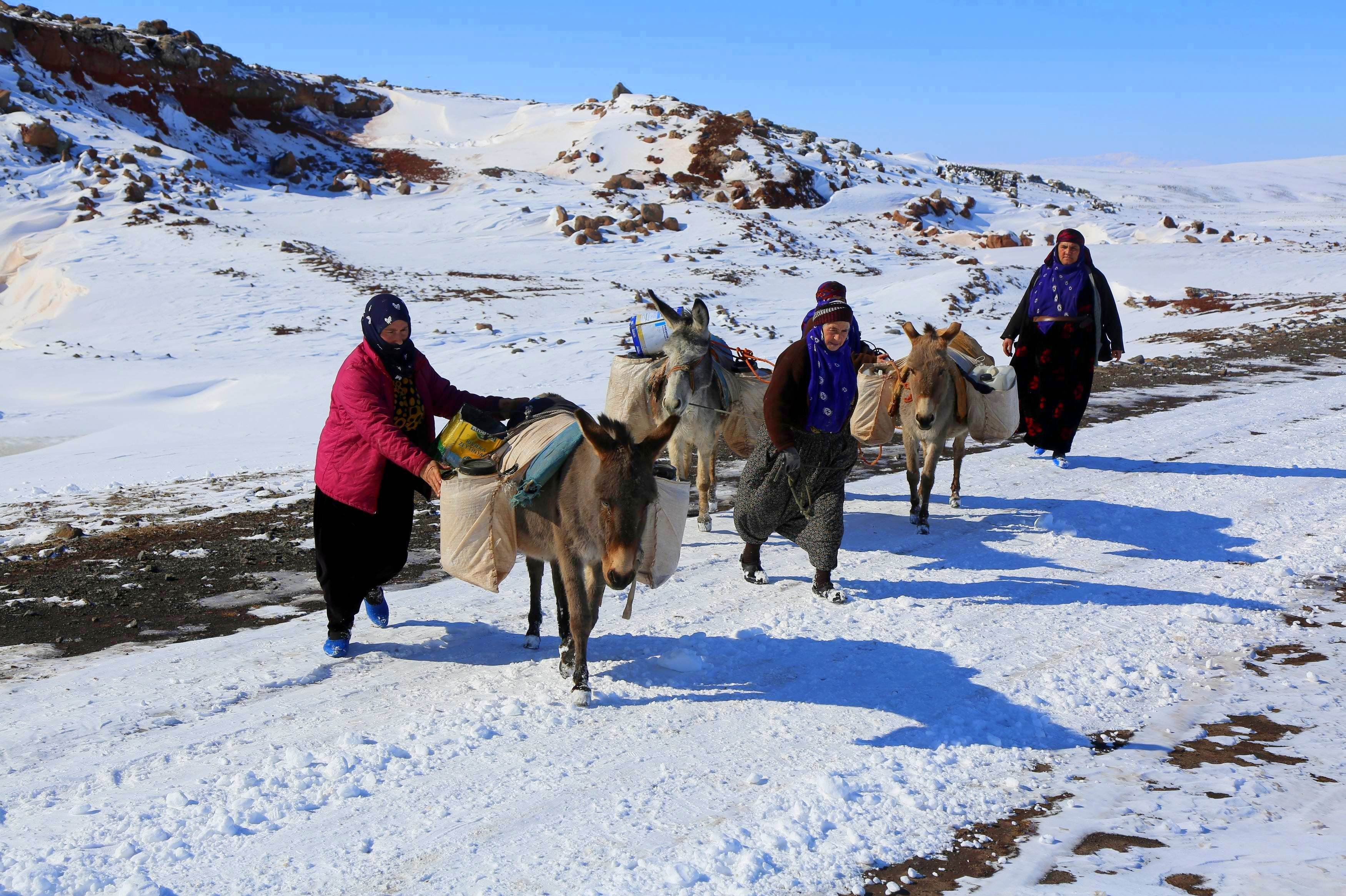 Another citizen Nurettin Doyungac said that the situation in the village hasn’t changed in years.

“Sometimes on the radio we hear the news saying that ‘the road has been built.’ But where is it? We built it ourselves. Then the snow came and no one helped us clear it away,” Doyungac said.

He further said that the government stressed that there will be no district left without drinking water and roads; however, yesterday Doyungac did not even have one clean glass of water.

“We pay taxes, but do not get the proper services. The village has a base station, Internet but no drinking water. The base station was built in just one day, however, access to clean water in the village hasn’t happened for many years now,” the resident said.

Greece and Turkey: High Tension on the High Seas