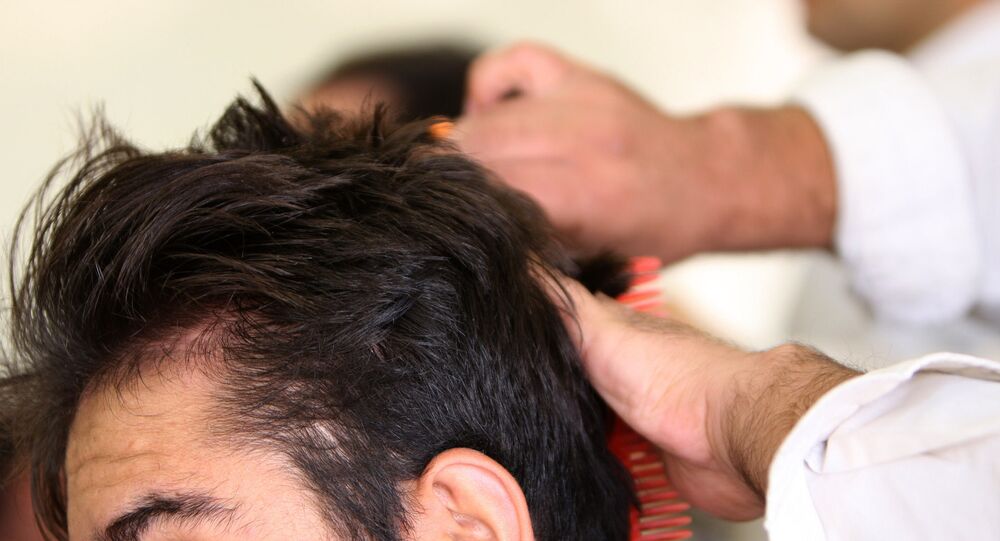 First, Abedi broke the record previously set by a Chinese barber who was able to cut hair using 10 scissors with one hand at the same time. The Iranian hairdresser proved that he could cut hair holding 11 scissors in one hand, using them simultaneously.

At the second stage of the competition, he doubled his result, working with both hands and using 22 scissors at the same time.

​The competition was part of a contest among male hairdressers. Dozens of professionals took part in the event.

The champion expressed hope that he would inspire his compatriots to repeat his amazing achievements.

The organizers of the event said that such events raise the popularity of secondary-level vocational training and help young Iranians to find a stable profession according to their interests.

Off With His Hair! Big Profits for Francois Hollande's Barber

Your Style is Piping Hot! Meet Gaza Barber Who Cuts Hair in Most Dangerous Way