A Cancer Research UK study has found electronic cigarettes are less toxic than their analogue ascendants, giving fuel to e-cigarette advocates who claim they are safer than cigarettes. However, some still have major concerns about their impact on health, and "gateway" potential.

The study reached its conclusions by comparing urine and saliva samples from long-term e-cigarette users with long-term smokers over a six-month period, analyzing them for the key hazardous chemicals associated with smoking.

The most convincing evidence to date that e-cigarettes are far safer than smoking https://t.co/Hs5qLV9kdF pic.twitter.com/3doFORew7q

The health risks and benefits of e-cigarettes have been speculated upon in the medical community ever since their invention in 2003 by Chinese pharmacist Hon Lik.

Despite claims by the industry, and some medical professionals, that they can have a significant positive impact on nicotine addicts' well-being, some studies have linked their use to cardiovascular issues. Such concerns have led e-cigs to be subject to the same laws and regulations as old-fashioned cigarettes.

While the long-term effects of e-cigarettes have yet to be determined, lead researcher in the study Dr. Lion Shahab, senior lecturer in the department of epidemiology and public health at University College London, said the trial effectively disproved previous theories about the dangers of e-cigarettes.

"We've shown the levels of toxic chemicals in the body from e-cigarettes are considerably lower than suggested in previous studies using simulated experiments. This means some doubts about the safety of e-cigarettes may be wrong," he said.

Sarah Jakes, a board member at the New Nicotine Alliance, said the result would come as no surprise to experienced vapers, "who are very well aware" of the health benefits of switching, and were "great news" for smokers who may have previously been discouraged from using e-cigarettes due to doubts over their safety.

New research shows e-cigarettes are safer to use than conventional cigarettes — read more in our press release https://t.co/z3esZLIP2x pic.twitter.com/TJ1DcJ0PU6

"Most studies to date have focused on theoretical risks, based on studies of e-liquid or vapor applied to cells in Petri dishes or inflicted on mice. It is far from clear how the effects found in those studies would translate to human use of the products, if at all. This study adds to the growing body of evidence that e-cigarettes are much safer than smoking tobacco — a conclusion by now surely undeniable for anyone with a shred of integrity," Ms. Jakes told Sputnik.

However, while the liquid that gives e-cigarette users their nicotine hit, may not contain many of the harmful chemicals found in cigarettes, it still contains substances that are hazardous to health. 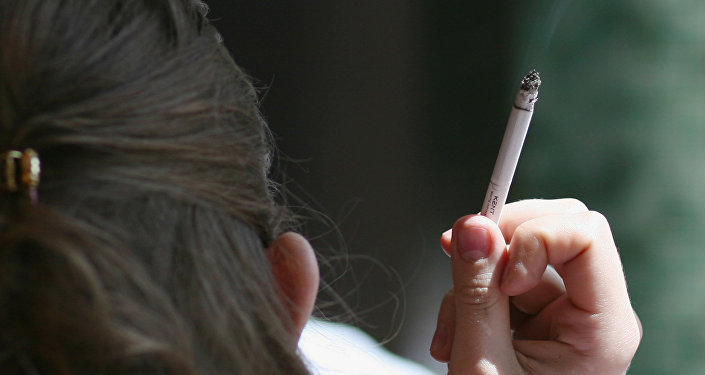 For instance, diacetyl, a chemical responsible for flavoring popcorn, and the cause of popcorn lung, lurks in many popular flavors of e-liquid.

While e-cigarette manufacturers allege, and vape fans believe, that only harmless water vapor is emitted, in fact the "smoke" created is an aerosol containing propylene glycol. Inhaling this chemical can damage airways, and induce asthma attacks.

Moreover, some electronic cigarette liquid has been found to contain formaldehyde, and other toxic chemicals that can cause cancer or reproductive harm.

Furthermore, there have been numerous cases of devices exploding, causing serious injury to users, people around them and their environment.

a dude had a vape pen explode in his face.

(this was funny until i saw the pictures) pic.twitter.com/jF8wqKYPds

​In 2016, the US Federal Emergency Management Agency for instance, identified 25 cases of e-cigarette explosions in the US between 2009 and 2014, merely based on mainstream media reports — the actual figure is likely much higher.

Governments the world over remain unconvinced by the health benefits of vaping.

In 2016, the European Union published a revised Tobacco Products Directive, which placed stringent rules on the supply, manufacture and promotion of tobacco products.

In the UK, the rules were passed as "Tobacco and Related Products Regulations 2016." E-cig activists said the rules amounted to making vaping as difficult as humanly possible without banning it outright — and if vape rules follow the trajectory of cigarette and alcohol regulations, they will only get more restrictive.