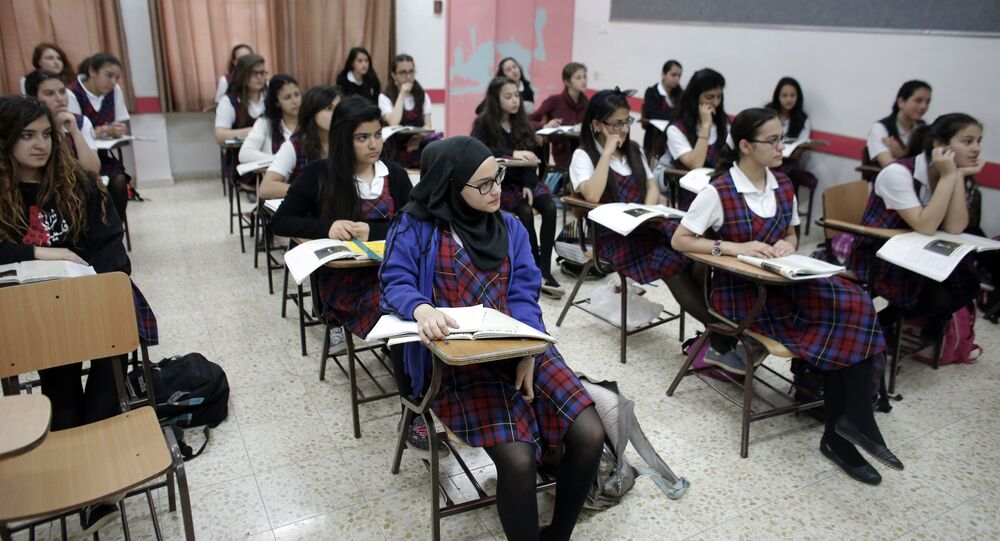 After having toyed with single-sex classrooms, the Swedish government, which describes itself as "feminist" has done an about-face and now seeks to ban schools from separating girls and boys into different classes, in order to promote equality. Remarkably, the most strident opposition comes from the Swedish feminists' camp.

© AFP 2021 / JONATHAN NACKSTRAND
Sweden's Feminist Gov't Funnels Millions Into 'Yet Another' Equality Authority
In an interview with Swedish Radio, Swedish Education Minister Gustav Fridolin of the Green Party unveiled plans to ban schools from having single-sex classrooms. According to Fridolin, the rule will apply to all subjects and the Ministry will issue guidelines on how to properly implement it.

"If you feel that having girls and boys in the same class causes problems, then the problems themselves must be addressed, instead of simply splitting the class up," Gustav Fridolin told Swedish Radio, citing reports from school inspectors describing numerous instances where girls and boys were kept in separate classes for years at a time. "We don't think this should be permitted," Fridolin said.

At present, it is acceptable to put boys and girls in different classes, provided that they receive an equal standard of teaching. There are no statistics in Sweden on the prevalence of gender segregation in schools. However, two major incidents previously put the issue of single-sex education in focus in Sweden. In 2016, the all-Muslim al-Azhar school in Stockholm segregated physical education classes, leading to a widespread outcry, despite government approval of the measure. Last month, Adolfsberg School in the city of Örebro segregated all classes for a trial period of six weeks, which triggered an outcry from parents and students alike. Remarkably, both schools justified the segregation policy by citing measures to allow shy girls to feel more secure when in a groups of their peers.

"I do not think such a ban is a good route to take," an angry Sarah Delshad, founder of the organization Muslim Feminists, told the Swedish daily Dagens Nyheter, denying any contradiction between efforts to promote gender equality and having segregated lessons.

According to Delshad, who cited examples of gender-segregated physical education classes being introduced by students themselves, the segregation is about upholding religious traditions. Delshad proceeded to suggest that such a ban would also restrict student democracy.

Hanna Cederlin, president of the Young Left, said that the ban missed the possible benefits of gender-segregated education, suggesting more occasions for girls to lay down the terms. According to Cederlin, it was fundamentally counterproductive to view gender segregation as undermining gender equality.

In recent years, Sweden's uncompromising support of feminism, gender equality and egalitarianism has affected the country's language. In the left-leaning media, gender-specific pronouns 'han' and 'hon' ('he' and 'she') have been in effect replaced by the gender-neutral 'hen,' which left many conservative-leaning Swedes furious.

Recently, the Swedish feminists' initiative inspired Norway's Labor Party to suggest introducing a third-gender option in the Norwegian passport for "non-binary" people hoping to avoid defining themselves as males or females. According to Labor Youth chairman Mani Hussaini, the concept of ‘hen' must be introduced in the Norwegian language as well, Norwegian national broadcaster NRK reported.