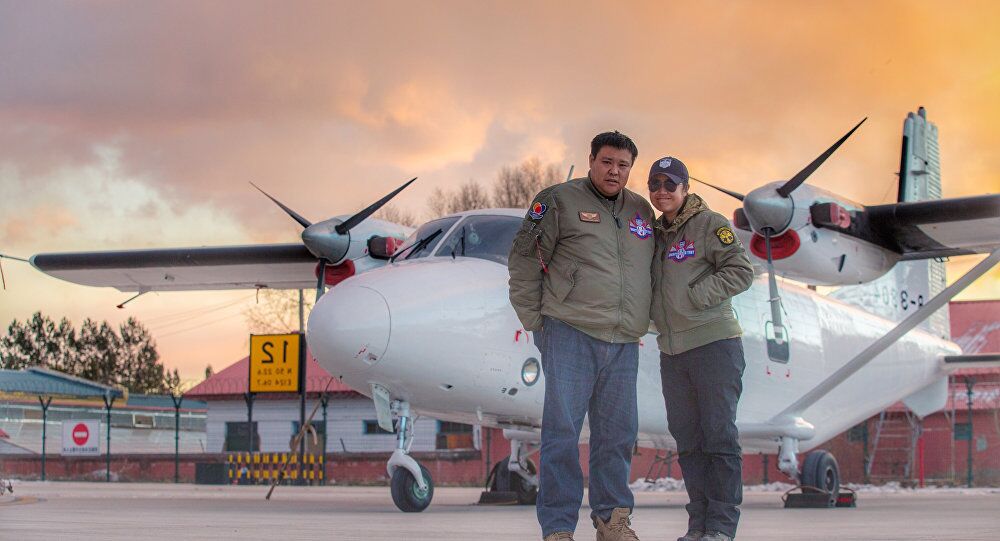 A Chinese couple, who are currently on a round-the-world trip, started their journey by flying a light plane to North America via the Russian Far East, according to Sputnik China.

© Photo : VK/clublukianovsp
Triumph of Endurance: Elderly Russian Completes Journey Round the World on Foot
On January 29, Zhang Xinyu and his wife Liang Hong set off on an 80,000-kilometer round-the-world trip. The couple plan to visit five continents, including Antarctica, during their journey, which is due to wrap up in June 2017.

They are flying in a Y-12, a twin-engine utility aircraft built by China's Harbin Aircraft Industry Group, which has a range of about 1,300 kilometers. Their team includes eight people, including an interpreter, a correspondent and a photographer.

In an interview with Sputnik China, the couple said that they started off from Harbin International Airport and first landed in the Russian Far East. Harbin is the capital of China's northernmost province.

"The flight lasted 5 hours and 16 minutes; we landed on Sakhalin Island and after that, we went to the Kamchatka Peninsula," they said.

According to Zhang Xinyu, one of the goals of the journey is to use an airplane which was produced in China to accomplish a round-the-world trip.

"Another purpose is to shoot the film Our Journey, which will show people throughout the world living in extreme conditions. During the flight, our plane will cross the equator twice, fly over three oceans and then return to China, covering a total of 80 thousand km," Zhang said.