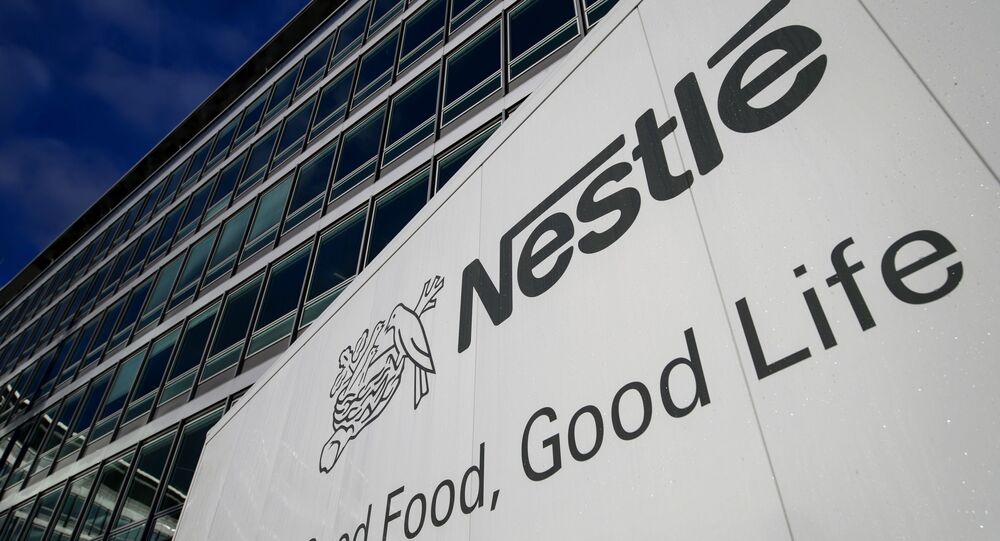 A group of anonymous German artists called Bohemian Ballet Browser created a satirical video about a virtual reality device, which according to their idea, was created by the Nestle company to help people in need.

The imaginary device is supposed to give people from Africa an opportunity to forget about their miserable life and become happy by seeing clean water, mountains and lots of foods in their virtual reality glasses.

The video is meant as a joke that is supposed to draw public attention to the activities of large companies in third-world-countries and their ignorance of the living conditions of the local population.

The artists decided to invent a story comprising virtual reality glasses created by Nestle that were supposed to improve the image of the company. According to their idea, the reputation of the company deteriorated after it became known that it was pumping water in third world countries and selling it in plastic bottles — while the local population had no access to clean drinking water.

"We asked ourselves: What can Nestle do to save its image, without changing the implemented business model?," member of the Bohemian Ballet Browser team told Sputnik.

© Sputnik / Alexander Vilf
Rumors on Nestle’s Acquisition of Poroshenko's Roshen Have Ripple Effect
To restore its image — their idea was — the company decided to create virtual reality glasses which are sold to the local population for a price amounting to their annual income. Using these glasses, the residents of poor countries can see how clean water and food in developed countries looks like. According to the video's idea, residents of developed countries can also use the glasses to help those in need, without getting up from their couch and by giving them a virtual food and drinks.

Replying to the question about how they came up with the idea to use virtual reality glasses as a means to demonstrate the ignorance of large corporations toward the population of poor countries, the team members said with sarcasm:

"Virtual reality is the future. Why solve problems in reality, if you can do it virtually? We believe that these glasses will really help people. Although they will still die of hunger and thirst, at least in front of them there will be a pretty picture."