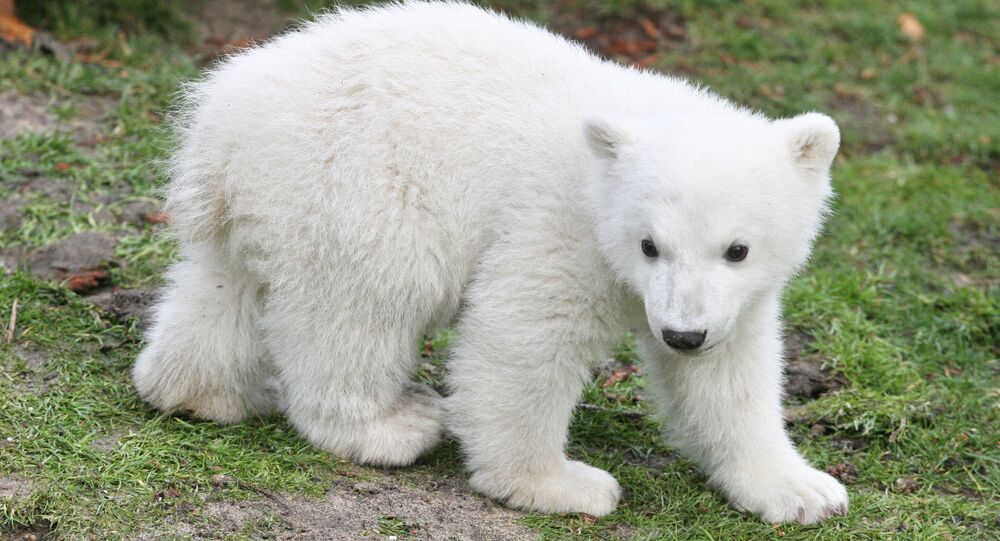 A three-month old polar bear cub from the Berlin Zoo finally was given a name. Earlier, the zoo launched a public contest to choose a name for the bear and received nearly 10,000 options.

Several weeks ago, the Berlin Zoo asked its fans to participate in choosing a name for a newborn bear cub living on its territory, as German Spiegel Online magazine reported earlier.

Among the suggested options were Misha, Kolja, Bolle, Igor, Oskar and many others. The final list included the names Kolja, Bolle and Fritz.

The decision was made by the jury on Tuesday: the bear is now called Fritz.

The name "Fritz," as Spiegel Online noted, was the favorite male name in Prussia from the late 19th century until the start of the WWII.

Fritz the polar bear was born on November 3. It is the first polar bear born at the Berlin Zoo in the last 22 years.