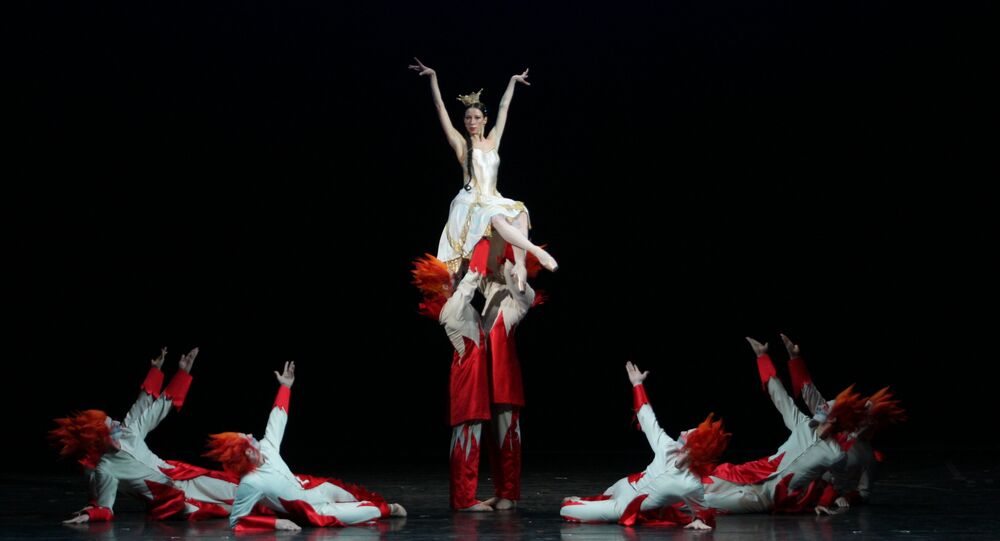 The Kennedy Center for the Performing Arts in Washington, DC anticipates that St. Petersburg’s Mariinsky Ballet will perform at the venue next season and is certain that their cooperation will continue, Director of Dance Programming at the Kennedy Center Meg Booth told Sputnik.

WASHINGTON (Sputnik) — When asked whether the Kennedy Center has plans to continue cooperation with the Mariinsky, Booth stated, “Without a doubt.”

“Over the years our audience has fallen in love with their dancers,” Booth added.

“We have had a long-term relationship with the Mariinsky, and we can expect that they will be part of our next season but we’ll announce detail in March,” Booth said on Tuesday.

Booth spoke on the evening of the company’s first performance this season with “The Little Humpbacked Horse” fairytale.

“We are happy to present this relatively new Alexei Ratmansky’s ballet which has never been seen in Washington before,” she said.

Deputy Director of the Mariinsky Ballet Yuri Fateyev told Sputnik on Tuesday the ballet is based on a very famous Russian fairytale but now told by the modern choreographic designer language, and designer solutions.

© Photo : Kennedy Center
Russia’s Mariinsky Ballet Returns to Washington for 15th Time
The set and costumes are designed by Maxim Isaev, and lightning design is done by Damir Ismagilov.

Fateyev pointed out that the Little Humpbacked Horse is a big production involving 40 male and some 35 female dancers.

This season’s soloists will be Anastasia Matvienko, Vladimir Shklyarov, Anastasia Kolegova, Maxim Zyuzin, Renata Shakirova, who is the winner of the TV competition ‘Big Ballet’ in 2015, Ernest Latypov

During its annual six-day tour, the ballet will have seven performances.

Besides, the Mariinsky teachers will give two master classes at the Kennedy Center.

Russian Mariinsky to Bring Little Humpbacked Horse to US in 2017