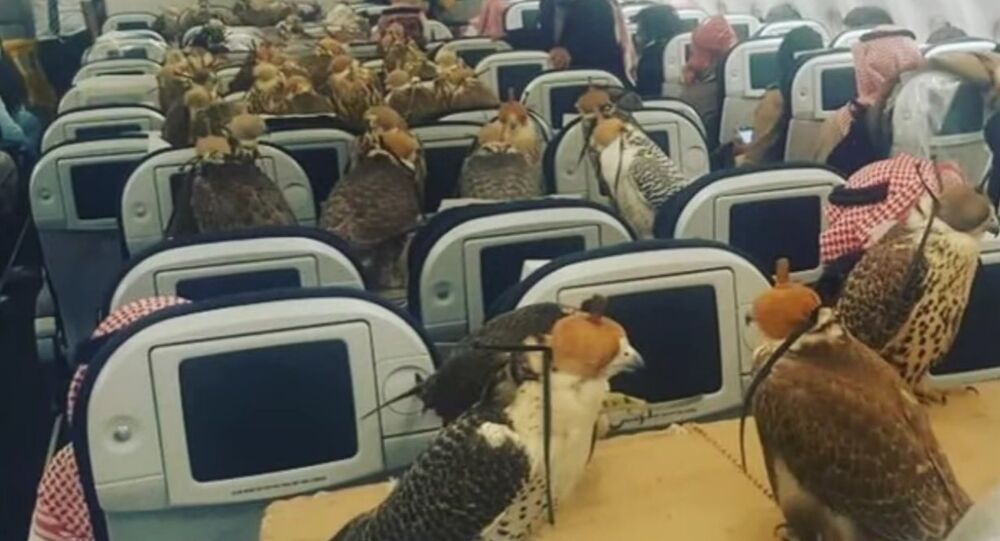 A Saudi prince came up with an unusual way to transport his feathered pets. He is claimed to have bought plane tickets for his 80 falcons, according to media reports.

The extravagant move by the prince was first mentioned by a user on Reddit. According to the user, his pilot friend sent him a picture which shows most of the airplane seats occupied not by men but by a flock of blindfolded falcons seated in the cabin among the passengers.

The Reddit user posted it online, writing: “My captain friend sent me this photo. Saudi prince bought ticket for his 80 hawks.”

Falconry is quite popular in the Middle East and birds of prey are costly and serious affair for their owners, hence, the prince spared no expense on their transportation.

Falcons can receive passports to fly in the UAE. The passport allows them to travel to Bahrain, Kuwait, Oman, Qatar, Saudi Arabia, Pakistan, Morocco, and Syria as well.
Etihad Airways and Qatar Airways also allow falcons on board.

Lord Love a Duck! Solid Row of 20,000 Birds Crosses Road at the Crossing