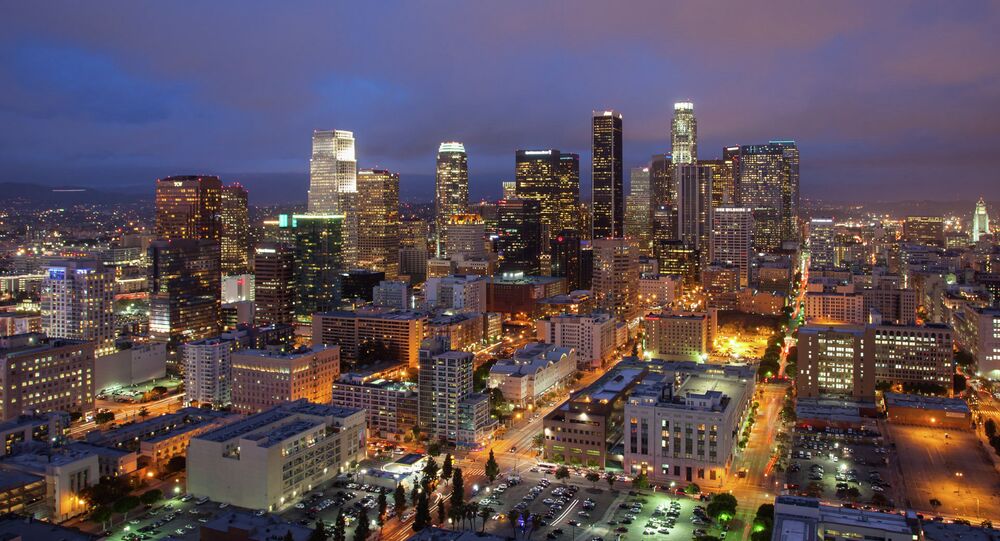 Tesla and SpaceX's founder Elon Musk started implementing his idea of digging an underground tunnel under Los Angeles to resolve the problem of heavy traffic.

The implementation of his proposal that many first viewed as a joke started last week, with the building team having excavated a 30 feet wide and 50 feet long test trench.

The businessman announced that the whole undertaking is so far just an experiment.

"We're just going to figure out what it takes to improve tunneling speed by, I think, somewhere between 500 and 1,000 percent," Musk said, cited by wired.com. "We have no idea what we're doing-I want to be clear about that."

© AFP 2021 / Robyn Beck
Man Responsible for Altering Hollywood Sign Surrenders to Los Angeles Police
In late January, Musk announced that the tunnel will expand to Los Angeles airport, which is located in another part of the city. The SpaceX founder doesn't need any special permission for the construction of a tunnel on the territory of the enterprise, but he will have to coordinate his intentions with the local authorities if his project will expand to other parts of the city.

Musk announced his idea in late December 2016. He complained that he was very annoyed by the traffic jams in LA and therefore wanted to dig underground tunnels. Many interpreted this statement as a joke, but later the business magnate confirmed his intention.