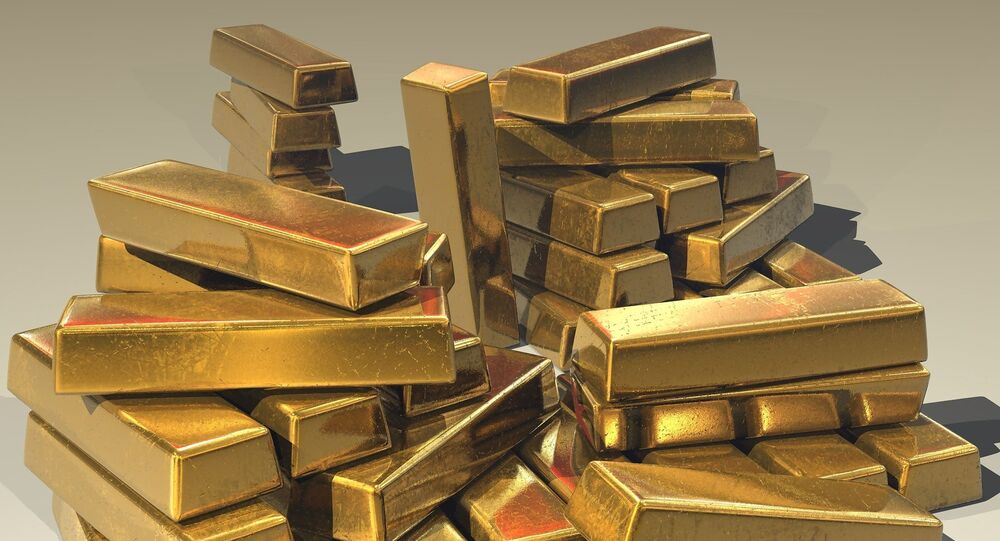 Indian customs officials are baffled by the innovative methods being used by smugglers to sneak in gold into the country that is world’s largest consumer of the yellow metal.

“While keeping surveillance on the passengers coming from Bangkok, two women passengers, both Indian passport holders, were intercepted after the green channel. On search of their baggage, pieces of gold wire coated white weighing 1,008 gms and valued at Rs 27.30 lakh (around US $40,000) were recovered,” an official told the Press Trust of India.

© AFP 2021 / DIBYANGSHU SARKAR
India to Distribute Gold Coins and Cash for Murdering Mangy Mutts and Monkeys
Both women allegedly hail from the northern state of Haryana. They are being interrogated by officials who suspect them to be part of an organized racket.

As part of the crackdown on unaccounted wealth and to offset the current account deficit, the Indian government has imposed certain curbs on gold imports including a 10% import fee, triggering a massive increase in the incidence of smuggling in the country.

It is often found that carriers smuggle gold mainly from Dubai, Bangkok, Singapore and even Australia for organized rackets in India.

According to a report by the World Gold Council, Indians hold a record 23,000 tons to 24,000 tons of gold worth $800 billion. The report titled “India’s Gold Market: Evolution and Innovation” said gold stocks make up nearly half of India’s gross domestic product if the Reserve Bank of India’s 555.7-tonnes stock is taken into account. The organization’s figures, however, do not include the unaccounted for assets held by religious institutions and trusts.

‘Golden Baba’: Meet the Indian Godman Who Dresses Up With 12 Kg of Gold