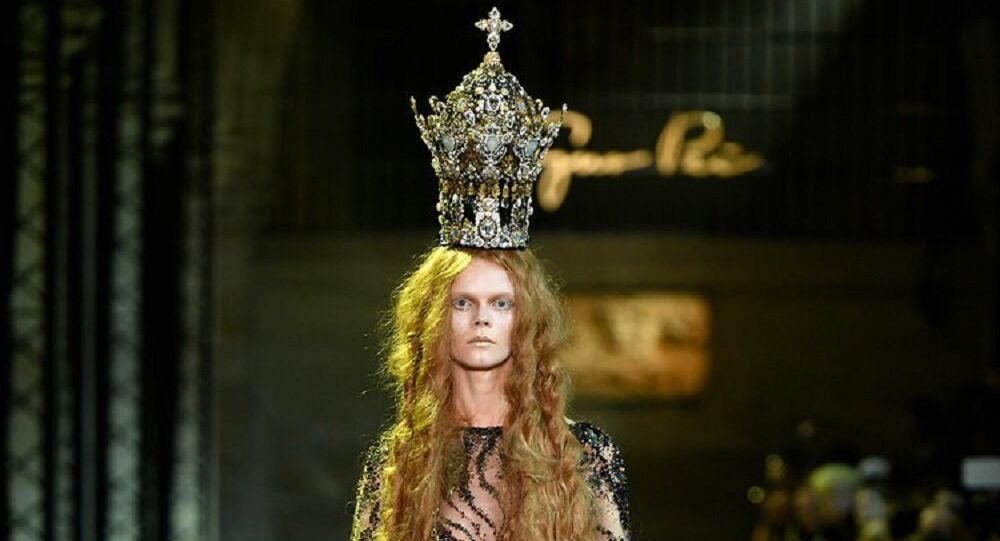 Bizarre fashions are always the key at Paris Fashion Week, but the collection of the renowned Chinese fashion designer Guo Pei, which was showcased the week of January 22 - 26, 2017, is perhaps the most exclusive show of them all.

Based in Beijing, 50-year-old Guo Pei is best known for the canary-hued gown with a huge circular train which she designed for Rihanna to wear to the 2015 Met Gala.

Her fashion style borrows heavily from traditional Chinese imperial court design and somewhat from 1960s “youthquake”. In 2016, Time Magazine listed her as one of the World's 100 Most Influential People.

Pei’s first collection to be showcased as a part of Paris Fashion Week was her Spring Summer 2016 collection, inspired by spring flowers.

At the Paris Haute Couture spring 2017 shows that officially came to a close on Friday Pei debuted her collection titled “Legend” featuring gowns worthy of a scene in "Game of Thrones".

Some of the pieces presented at Pei’s show cost 5 million yuan (US$ 726,565). Most of her clients are from China, but as her international fame grows more and more overseas fusionists got lost at admiration for her couture.  Now Pei has more than 300 regular customers including well-known actors and musicians.

Pei creates 3,000 – 4,000 costumes a year. Every piece consumes a lot of time and effort to create. For example, it took approximately 50,000 hours over two years for her design team to create the famous Dajin (“Magnificent Gold”) dress bought by Rihanna, which weighed about 25 kg (55 lbs) on completion.

Guo Pei’s works were also exhibited at the annual exhibition at the Metropolitan Museum of Art in New York, titled "China: Through the Looking Glass”. In 2016, Guo Pei became a guest member of the Chambre Syndicale de la Haute Couture.

Guo Pei’s show at 2017 Paris Couture Week was closed by the veteran model Carmen Dell’Orefice, who is 85 years “young” now. Dell’Orefice appeared on the podium clad in a queenly flaming-red ensemble and flanked by two young male attendants. This season, designers had fun with the traditional role of the “bride” who closes couture shows.