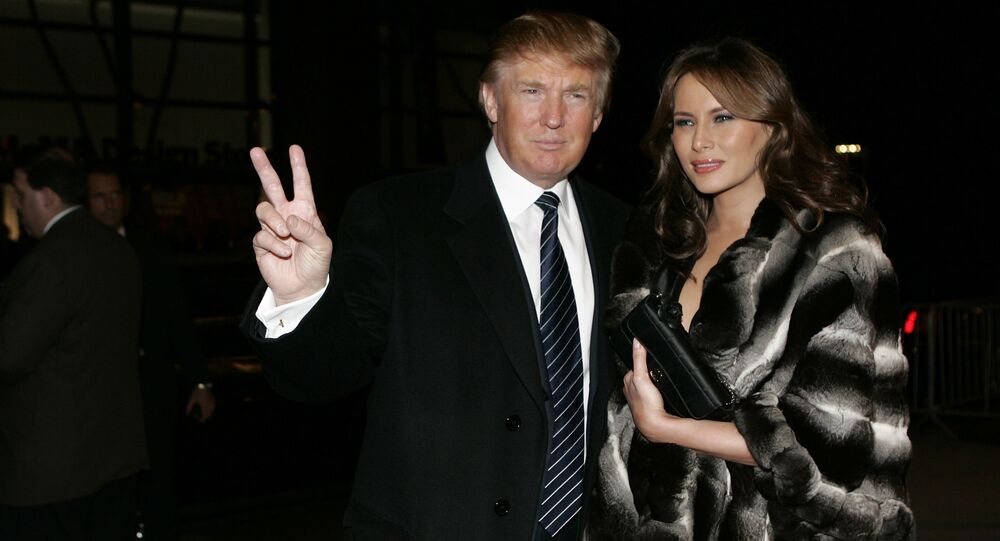 © AP Photo / Paul A. Hebert/Invision
Pamela Anderson ‘Tortured’ WikiLeaks’ Assange With Vegan Meal
“I’m going to send her one of my Russian eco-fur coats as a gift because I’m designing furs in Russia right now,” Anderson told American newspaper the Hill at the People for the Ethical Treatment of Animals’ (PETA) inaugural ball in Washington.

“Melania’s favorite designer is Marc Bouwer, as far as I’ve heard. And he’s a vegan designer,” she said, adding that she wasn’t sure about President Trump’s position on animal rights.

Pamela Anderson, 49, is a notable animal rights activist, as well as a spokesperson for People for the Ethical Treatment of Animals (PETA) organization and International Fund for Animal Welfare (IFAW).

In 2015 she made an “urgent request” in a letter written to Russia's embassy in the US requesting a lunch or dinner meeting with Russian President Vladimir Putin so the two could talk about the environment and animal rights issues. But make no mistake about it, Putin himself considers the protection of environment as a top priority. Unfortunately, Putin's was too busy to meet Anderson, and she had to settle with Sergei Donskoi, the Russian Minister of Natural Resources and the Environment.

In 2010, she urged then-Russian Prime Minister Vladimir Putin to stop imports of seal cub fur from Canada in a letter.