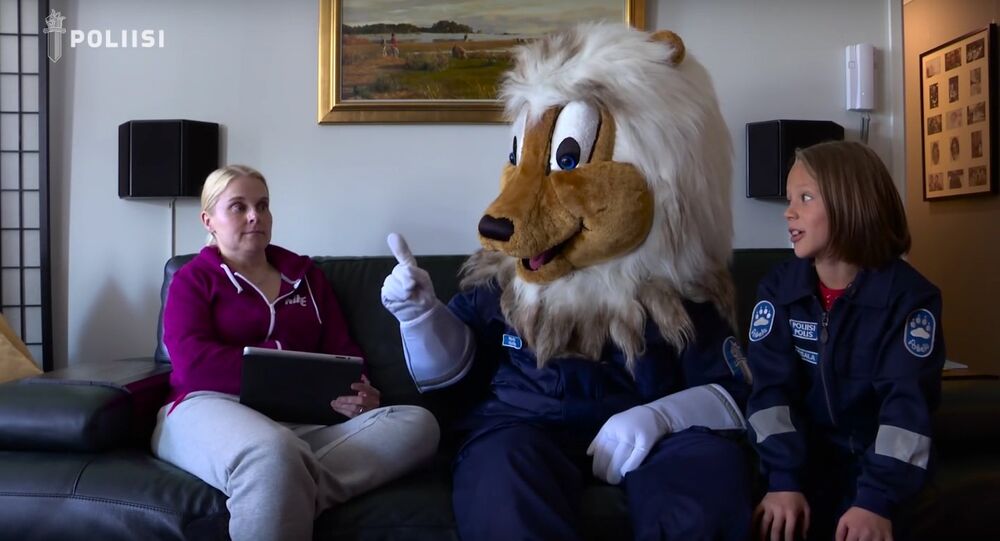 One man's righteous citizen is another man's rat. Finnish police seem to hover around the danger line by urging children to snitch on parents who criticize politicians using social media.

© Photo : Youtube/Nyhetsmorgon
Dissident Swedish Journalist Falls Prey to Witch Hunt Against Other-Minded
In their newest campaign to raise awareness and engage Finnish citizens through social media, Finnish police have launched a YouTube channel providing information and advice. By the Finnish police's own admission, the idea is to reach children and young people in particular by providing relevant information and facilitating communication with police officers as a preventive measure.

Whereas the first video on "PoliceTube" focused on the problem of hate speech, making it clear that it did not constitute bad manners, but rather a full-fledged crime, its sequel was even more controversial.

Using the catchy "Police Lion" mascot (which happens to be an allusion to Finland's coat of arms), Finnish children are taught to snitch on their parents for decrying politicians using social media.

​The video features a little girl named Alma whose learns that her mom is posting a message on a politician's Facebook wall. "I'll let you have it!" the woman threatens. When asked by the child, why she does not simply address the politician in the flesh, she admits that these are not nice things to say directly to one's face.

© Flickr / Jorge Láscar
Finnish Muslims Radicalize on Their Own - Without Daesh Recruiters
The law-abiding child then proceeds to summon the Police Lion who shakes a finger at the shamed mother. The narrative explains that abusing people with images and "nasty messages" may be punishable in Finland. An ensuing song suggests that posting insulting messages on the web is very much like getting a tattoo — both stay forever.

This is not the first time the Nordic countries have addressed children to promote an "adult" political agenda. Earlier in January, Sweden used Bamse the Bear, one of the country's most popular cartoon characters from a 50-year-old comic series, to teach children about the dangers of "fake news."