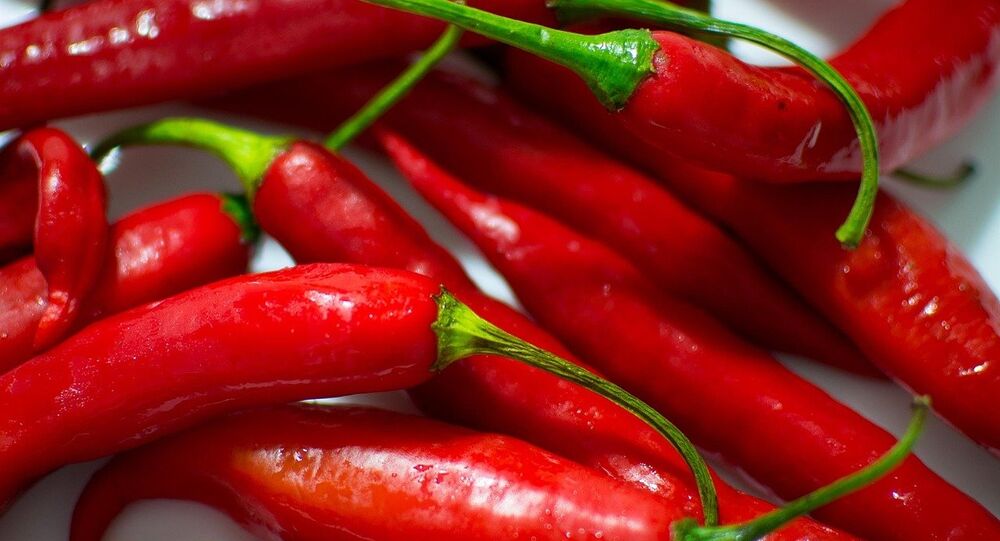 Some are mystified by the longevity of the Red Hot Chili Peppers – 34 years old and still going strong, despite continual drug addiction issues and repeated near breakups – but those wishing to maximize their own lifespans should consider upping their daily chili pepper dosage, a US scientific study suggests.

Individuals who've bitten off more chilies than they can chew sometimes feel as if they're at death's door, and a University of Vermont study suggests those with a spicier tooth live longer than those who can't stand the heat.

© Photo : Pixabay
'If I Could Turn Back Time': Scientists Claim Aging Can Be Reversed

Over 16,000 adults were surveyed on their background, eating habits and current health from 1988 to 1994, and were followed up on for a period of 18 years.

Total mortality rates for patients who regularly consumed chili peppers were 21.6%, versus 33.6% for those who didn't — in essence, the more flame retardant an individual's constitution, the less likely they were to die from heart disease or strokes.

The study was largely based on anecdotal data — subjects merely had to specify whether they ate chili peppers or not. In addition to longer lifespans, however, chili munchers tended to have lower cholesterol and lower rates of hypertension.

Participants weren't quizzed on which species of chili they ate. There are five, each with different hot variants, including cayenne peppers, Tabasco peppers and Japanese peppers — from here, there are over 100 types of chili, each with varying standings on the Scoville Scale — the measure of chili heat.

Despite the stark findings, researchers are still uncertain as to how chili peppers prolong lifespans, although they suggest Transient Receptor Potential channels, the primary receptors for chilis' principal component, capsaicin, may play a role. Capsaicin is believed to play a role in cellular and molecular mechanisms preventing obesity and modulating coronary blood flow, and possesses antimicrobial properties that "may indirectly affect the host by altering gut microbiota."

"Chili pepper — or even spicy food — consumption may become a dietary recommendation and/or fuel further research in the form of clinical trials," says Mustafa Chopan, one of the study's authors.

While comparatively little research has been conducted into the impact of spicy foods on health and human durability, there is a growing body of scientific literature suggesting a potential positive connnection.

"Ultimately this study proves very little — this is observational survey data that can't prove direct cause and effect. The researchers admit unmeasured health and lifestyle factors could be influencing the link. It is plausible chili peppers could be linked beneficial effects.

"It is always unwise to rely on a single "superfood" — it is better to follow standard recommendations and eat a balanced diet high in a variety of fruit and vegetables, limit salt, sugar and saturated fat — stay active, avoid smoking and moderate your consumption of alcohol," a blog published NHS Choices said.

The statement went on to note the analysis didn't look at quantity or frequency of chili consumption, or type of chili for that matter. Therefore chili consumers could include anything from a person who ate a single chili in a curry over the past month, to people who eat several of the hottest chilis daily.

'I Thought I Was Going to Die!' YouTuber Eats World's Hottest Noodles