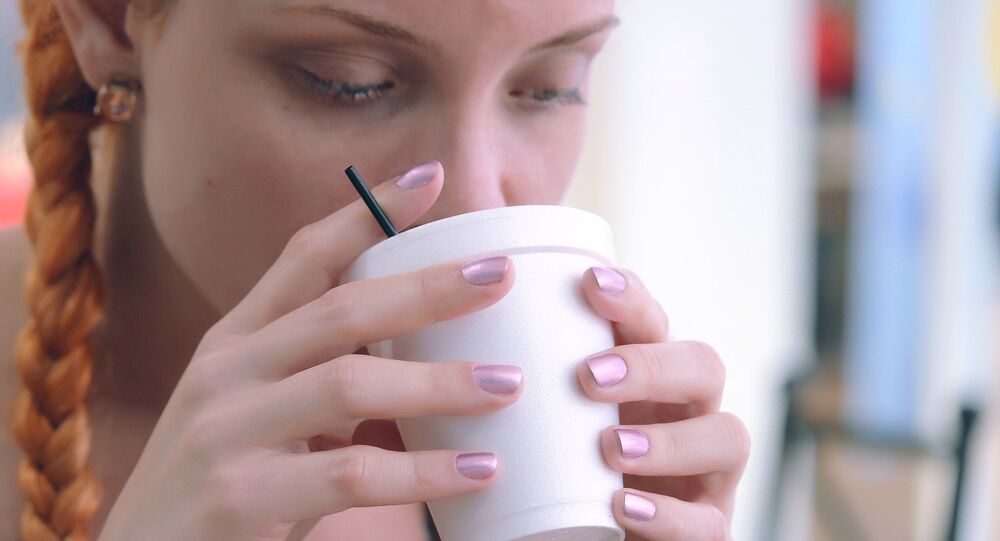 Debts, Diets and Dreariness: Brits Urged to Lighten Up Blue Monday With a Cuppa

Miserable weather, post-Christmas debt, struggling with the new diet? Sound familiar? The third Monday in January is known in Britain as the most depressing day of the year, however charity the Samaritans is urging people to turn "Blue Monday" into "Brew Monday" by sharing a cup of tea.

In 2005, British academic Dr. Cliff Arnall came up with a light-hearted formula to try and predict the most miserable day of the year by using a variety of factors such as weather, debts and time since holidays.

Dr. Arnall's equation suggested that the third Monday in January, which in 2017 is January 16, is the most depressing day of the year.

​The day, since named Blue Monday, has caught on in Britain, as people struggle to come to terms with the post-holiday season.

Whats this about #blueMonday? I mean yeah okay its raining but DAMNNN just be happy you're alive!! pic.twitter.com/CHlYiJuQL5

Shake off #BlueMonday by focusing on the positive things happening in the world at the moment: https://t.co/abOOQ7NE8t #MondayMotivation pic.twitter.com/tlFYaLDHD8

While Blue Monday is normally a sad enough day for many, Dr. Arnall believes the uncertainly surrounding Donald Trump's upcoming inauguration as US President, Brexit, and the deaths of celebrities such as Carrie Fisher and George Michael means 2017's Blue Monday could be worse than normal.

"Seasonal depression factors are coming together on Blue Monday — and additional concerns make 2017's Blue Monday even more depressing than other years," he told the Telegraph.

Today is #BlueMonday, reportedly the most depressing day of the year. Make an effort to be kind. Small gestures make a big difference.

​"Credit card bills are a big problem after Christmas. Snow, ice and floods are causing worries, and many feel a lack of motivation.

"Other extra factors this year are Trump and Brexit causing uncertainty and increasing people's fears.

"The deaths of so many celebrities, many in their 50s and 60s, has also worried people by reminding them of their own mortality."

So in a very British way to try and change people's experience of the third Monday in January, Samaritans have launched a campaign to change Blue Monday into Brew Monday.

The charity has been handing out tea bags at local train stations, calling on people to get together and have a chat over a cuppa.

Our #ealing branch @EHHSamaritans armed with teabags, encouraging people to talk to each other over a cuppa for #BrewMonday #WeListen pic.twitter.com/Rh5sYq0aAE

​"We wanted to encourage people to take the tea bags to their office and make a brew with one of their colleagues and a chat," Ms. McLaughlin told Sputnik.

"And we wanted to encourage people to talk, whether it was at home with family or friends. We felt that people don't talk enough, we live in our own little capsule, we don't share too much with our friends, and Samaritans exist to let people talk to us about their emotions and feelings and we listen to them."