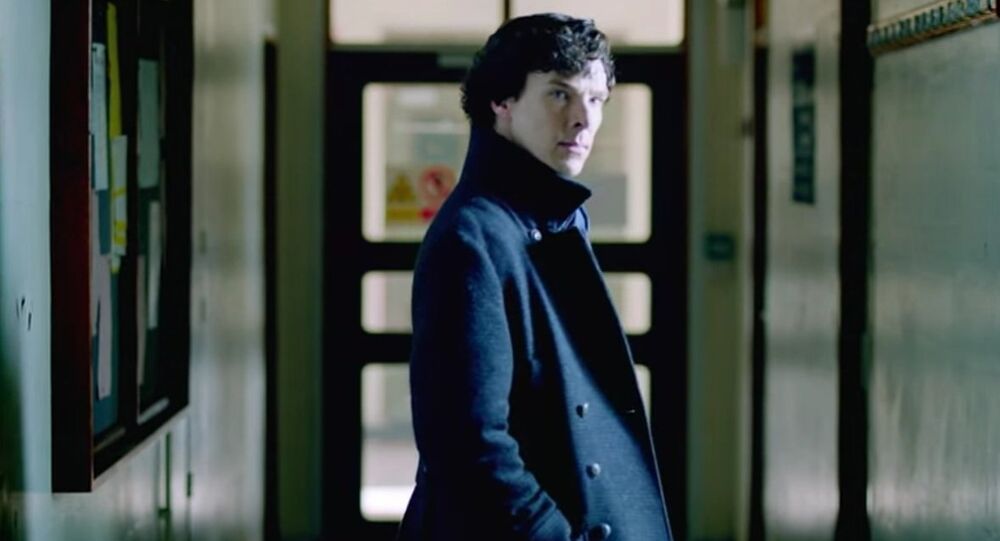 Twitter exploded as the finale of BBC's Sherlock's fourth season translated into Russian had been leaked online a day before the premiere.

© AP Photo / Jordan Strauss/Invision
British 'Sherlock' Cumberbatch Proved Relative of Detective Series' Author, Just in Time for New Season Premiere
"The Final Problem" was leaked online translated into Russian without the logo of a channel that airs the series in the country. Thus, the Russians were the first ones in the world who were able to watch the much-anticipated finale of the season.

While the producers of BBC's Sherlock called for fans to wait until the official premiere of the finale, some Twitter users made fun of the 'spoilage', suggesting 'Russian hackers' as the possible culprits.

That very feeling when you watch the finale of the 4th season, the premiere of which should be tomorrow

In brief about the new episode of Sherlock: let the entire world wait, except for the Russians

WHEN YOU WATCHED SHERLOCK BEFORE THE PREMIERE!

That moment has come: I can tell foreigners "Sorry, you don't live in Russia."

When you try to avoid spoilers of the leaked 'Sherlock'

The Russians are dangerous, don't joke with them as they have:
1) unlimited resources;
2) nuclear weapons;
3) NEW EPISODE OF SHERLOCK

The hardest choice: when to watch Sherlock? (today or tomorrow)

Sherlock Holmes: The Man Who Never Lived and Will Never Die