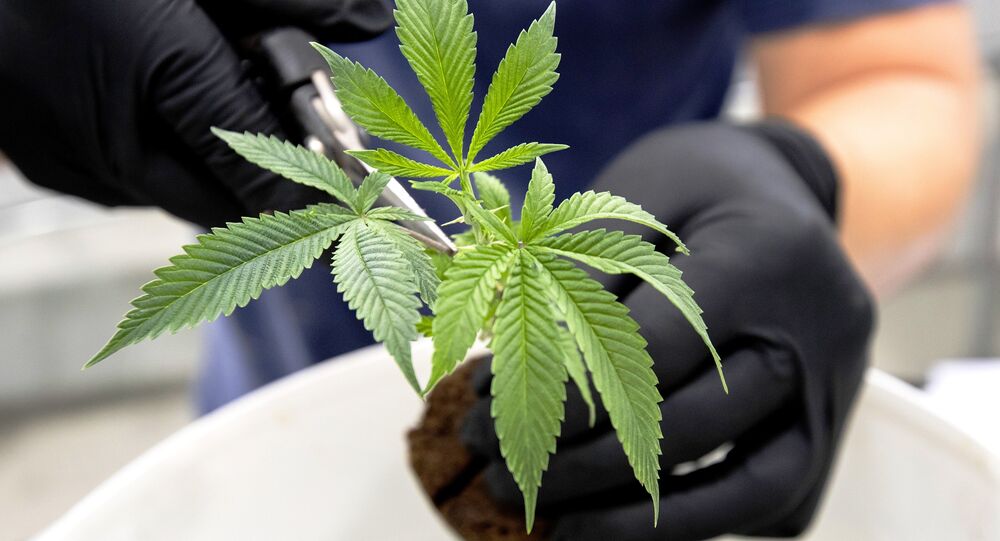 The National Academies of Sciences, Engineering, and Medicine (NASEM) has conducted a review of all scientific research on the health impacts of cannabis and cannabis-derived products published since 1999, finding much to support claims of both the plant's positive impact on health, and its hazardous implications for mental and physical wellbeing.

The National Academies of Sciences, Engineering, and Medicine (NASEM) has conducted a review of all scientific research on the health impacts of cannabis and cannabis-derived products published since 1999, finding much to support claims of both the plant's positive impact on health and its hazardous implications for mental and physical well-being.

The report considered over 10,000 separate studies and reached almost 100 conclusions. NASEM was motivated to undertake the investigation by "the growing acceptance, accessibility, and use of cannabis and its derivatives", which have raised significant public health concerns, and questions about cannabis' harms and benefits.

In respect of benefits, the report found there was "conclusive" evidence cannabinoids are effective at treating patients afflicted by chronic pain, such as multiple sclerosis and muscle spasm sufferers. Moreoever, "substantial" evidence indicated adults suffering from chemotherapy-induced nausea and vomiting could be relieved of these ailments via cannabinoids.

Cannabis is recognized to CINV, chronic pain, and Multiple sclerosis by @theNAMedicine in IOM report#cannabishealtheffects

discernible adverse impact on their children.

Additionally, the committee found limited evidence smoking cannabis increased the likelihood of the user partaking in other drugs, with cannabis at most providing a gateway to increased tobacco usage.

However, the report also determined there was much evidence to support claims of cannabis' negative health implications. For instance, there were strong suggestions cannabis use increased the risk of users developing schizophrenia, social anxiety disorders, depression and other psychoses.

In schizophrenia and psychosis cannabis use may be associated with improved learning and memory#cannabishealtheffects@SafeAccessNow pic.twitter.com/s0DA4oRhJk

Heavy cannabis users were also more likely to report thoughts of suicide than non-users, and usage exacerbated the symptoms of bipolar individuals.

Conversely, individuals with a history of schizophrenia and other psychoses may be able to better their performance in learning and memory tasks via cannabis use.

In a statement, the Royal College of Psychiatrists said that cannabis can become a "serious problem" for some users.

"There is growing evidence people with serious mental illness, including depression and psychosis, are more likely to use cannabis or have used it for long periods of time in the past. There is a clear link between early cannabis use and later mental health problems in those with a genetic vulnerability. Those who use cannabis particularly at a younger age have a higher than average risk of developing psychotic illnesses, and those with a family history of psychotic illness may increase the risk of developing a psychotic illness following the regular use of strong cannabis."

Many studies also concluded learning, memory, and attention were impaired immediately after cannabis use. Cannabis use was also related to impairments in subsequent academic achievement and education as well as social relationships and social roles.

Adolescence and young adulthood are when most people begin to experiment with cannabis, and it is during these periods that the neural layers supporting the development of cognition are most active. However, evidence of an association between cannabis use and increased rates of unemployment and low income were scant.

NASEM also highlighted several challenges and barriers in conducting serious research into the effects of cannabis, with researchers often unable to access the quantity, quality, and type of cannabis necessary to address specific research questions.

Access & download the very latest data on the prevalence of drug use in Europe, in our Statistical bulletin: https://t.co/eScFi7G1sD pic.twitter.com/CpPXcYJruh

Cannabis is the most popular illicit drug in Europe, in terms of users and usage. Almost a quarter of 15- to 64-year-olds in the European Union, approximately 83.2 million adults, are estimated to have tried the drug at least once in their lifetime. Use is higher among young adults, with around one in eight young adults (aged 15-34 years), or 16.6 million individuals, using cannabis in 2016.