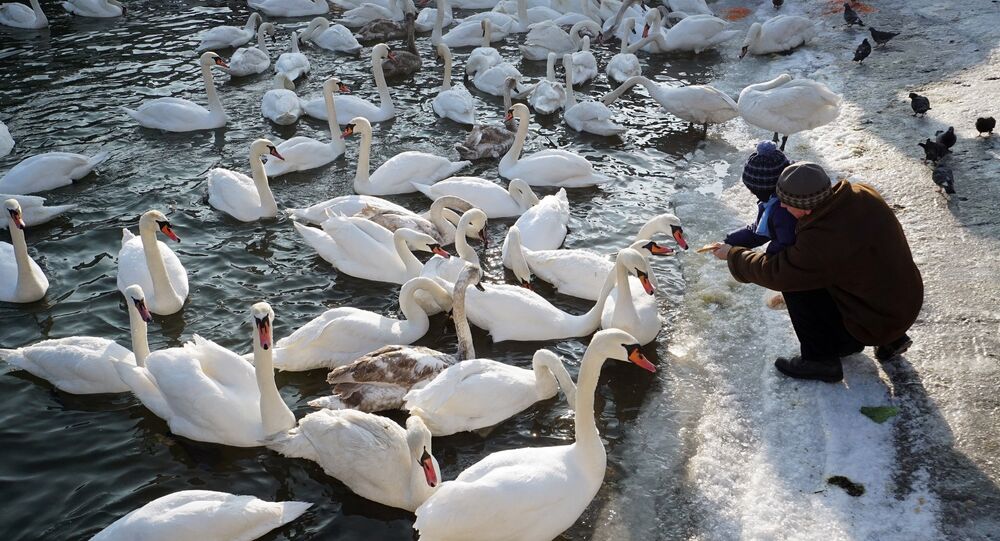 A rescue team from Russia's Emergencies Ministry (EMERCOM) helped to release some swans that froze into the ice on the Sasyk Siwash Lake in Crimea.

A flock of swans, which usually stays on the lake in winter, got stuck due to the cold weather and strong frosts. The lake covered with ice and trapped the birds in it. The swans' "state of emergency" was shared through social media.

​"Divers broke the ice manually and freed the birds from 'captivity.' The healthy birds moved to the middle of the lake, while the sick ones were sent to veterinarians for further medical care and rehabilitation," EMERCOM officials told RIA Novosti.

According to ornithologists, the main reason for this problem is human intervention in nature. Being used to people feeding them with bread, swans gather at the lake shores where the water freezes faster.

"Swans are too lazy to find food themselves because they are regularly fed. As a result of a poor diet their immune system weakens. The birds no longer fly away to spend their night but prefer to stay at the shore," explained Nadezhda Landar, a representative of Yevpatoria public animal foundation "From heart to heart."

Lord Love a Duck! Solid Row of 20,000 Birds Crosses Road at the Crossing