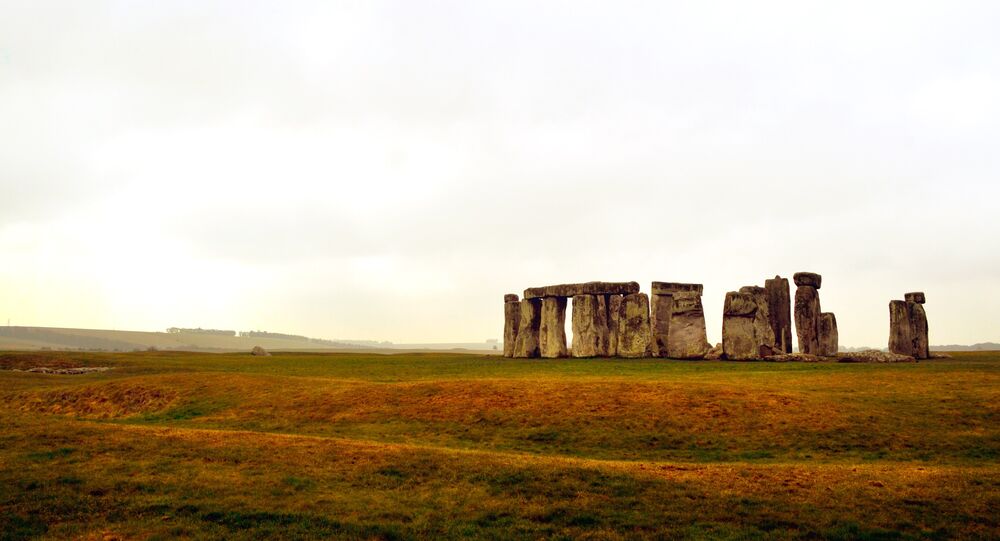 A prehistoric sundial, similar to that of Stonehenge in the UK and dating back to the Bronze Age, was discovered by a group of friends in Sicily, Italy.

Experts have confirmed that the unusual arrangements of stones are a major archaeological discovery and an important finding.

"Making an archaeological discovery is in itself an important event, but to be part of one of the most sensational finds in recent years fills me with pride," said Giuseppe La Spina, one of the group which made the discovery.

​He added that the fact the sundial was located in Gela, the town on Sicily's southern coast where he was born, "makes me very emotional."

The group of friends came across the stones while they were carrying out surveys of World War II bunkers, they wrote a report which was read by the regional director of Italy's Archaeologist Groups, Professor Alberto Scuderi, who then told them that the discovery should get scientific confirmation.

​The professor, who specializes in archeoastronomy, has been studying the find for three months, completing the work on Tuesday, January 3rd. Scuderi was due to present the full results of his analysis on Thursday at Gela's Archaeological Museum.

​This latest discovery in Sicily does not stand in isolation; there are other similar and great discoveries that have been found around the world.

The Drombeg Stone Circle, or as it is locally known as the Druid's Altar, is located on the edge of a rocky terrace overlooking the sea about a kilometre away, in Glandore County Cork, in Ireland.

© Flickr / ReflectedSerendipity
This is a circle of 17 standing stones which on excavation showed that there had been an urn burial in the center. It has been dated to between 153 BC and 127AD.

Excavations in 1957 and 1958 revealed cremated bones in a deliberately broken pot, wrapped with thick cloth and buried near the center of the circle, along with 80 other smashed sherds, four bits of a shale and a collection of sweepings from a pyre.

The next great discovery is located in France, where stone alignments called the Carnac stones, were created in several stages, some more than 6000 years ago.

© Flickr / barclakj
Legends about their creation abound with one story claiming that the stones are a Roman Legion that the wizard Merlin enspelled.

The three main alignments are the Menec, Kermario and Kerlescan alignments with dolmens, cromlechs (stone circles) and the occasional tumulus scattered around the site.

Israel is home to the next great discovery, dated to be between 5,000 and 6,000 years old, Gilgal Refaim — also known as Rujm el-Hiri — is reminiscent of England's famous ancient megalithic structure, Stonehenge. The site consists of around 42,000 tons of basalt rocks forming four circles, and archaeologists believe the walls of the structure once towered nine meters high, making it an especially impressive site when viewed from the air.

© Flickr / israeltourism
The stones have been described as resembling the monument Jacob built which is documented in the bible (Genesis 31:44-45).

Sweden is home to the Ales Stones, which consists of 59 stones, located high up above the village of Kaseberga in Osterlen. Some believe that the 59 stones is a burial monument.

© Flickr / Keith Cuddeback
Others claim that the stones has served as an ancient astronomical clock, as they are positioned so that the sun goes down at the northwestern stone in summer and rises exactly at the opposite stone in winter.

In 2015, scientists stumbled across some stones at the bottom of a lake in Mitchigan, it is estimated to be 9,000 years old, the discover went undiscovered for several years. One of the objects in the water is a boulder and scientists believe it dates back to prehistoric times.

​Some have even claimed that Mars hosts its own Stonehenge-like prehistoric structure, which was spotted using high-resolution images of the Martian surface.

​A mysterious circle of stones was spotted on top of a raised mound on the planet.

​Dubbed 'Marshenge,' alien enthusiasts have compared it to the famous stone circle at Stonehenge in Wiltshire, England.

US Sanctions Interfere With Archaeological Operation in Iran