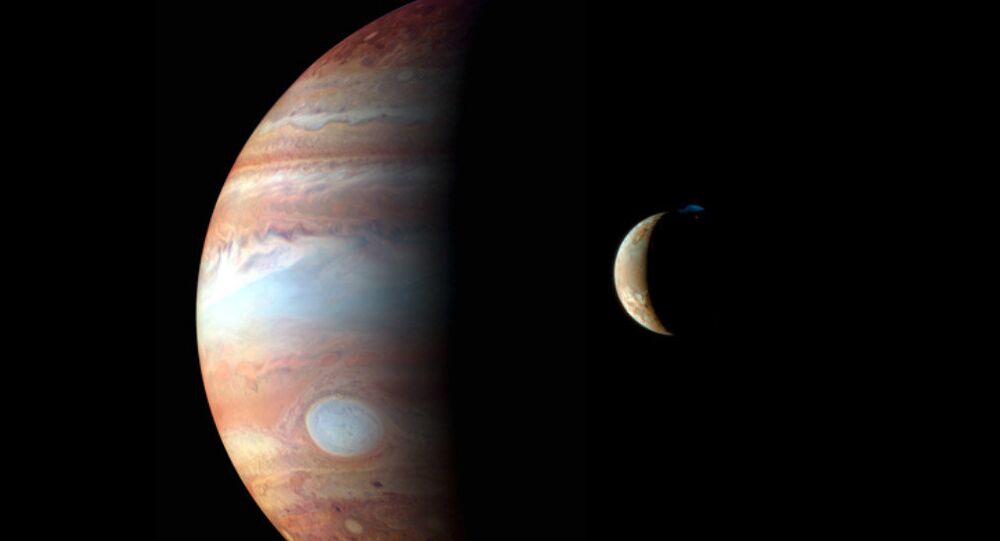 The United States will launch robotic spacecraft to explore swarms of mysterious asteroids trapped in Jupiter’s gravity that can provide insights into the early solar system, the National Aeronautics and Space Administration (NASA) said in a press release.

WASHINGTON (Sputnik) — Jupiter's “mysterious” Trojan asteroids are trapped by Jupiter’s gravity in two swarms that share the planet’s orbit, one leading and one trailing Jupiter in its 12-year circuit around the sun, the release explained.

"Lucy, a robotic spacecraft, is scheduled to launch in October 2021," the release stated on Wednesday. "It’s slated to arrive at its first destination, a main belt asteroid, in 2025. From 2027 to 2033, Lucy will explore six Jupiter Trojan asteroids.”

The two missions have the potential to open new windows “on one of the earliest eras in the history of our solar system — a time less than 10 million years after the birth of our sun,” according to the release.

© Flickr / Jakob Breivik Grimstveit
NASA Spots Mysterious Object and Comet Racing Toward Earth
A second mission named Psyche, also announced by NASA on Wednesday, will examine one of the most intriguing targets in the main asteroid belt — a giant metal asteroid known as 16 Psyche, the release noted.

Scientists have theorized that the metal orb could be the exposed core of an early planet that could have been as large as Mars, but which lost its rocky outer layers due to a number of violent collisions billions of years ago, the release added.