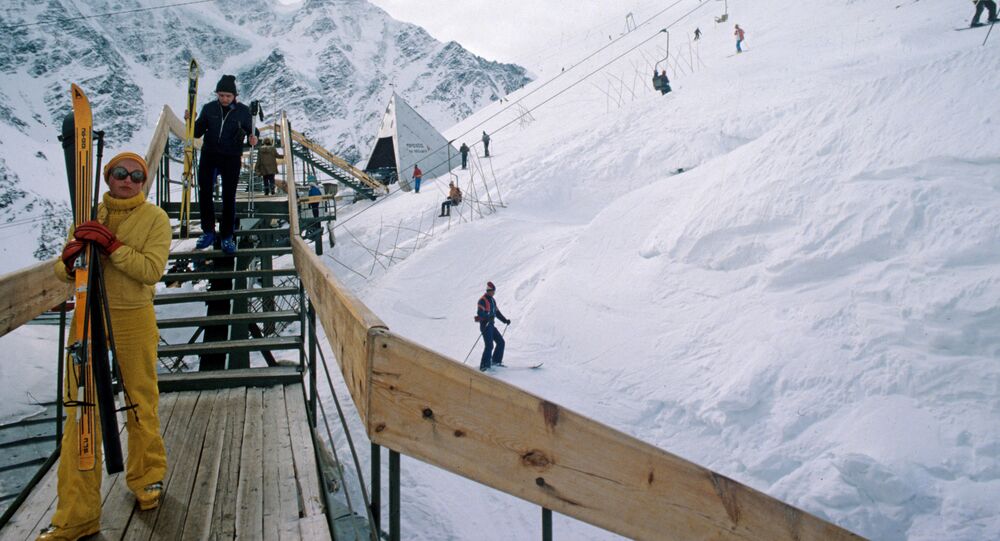 In 2017, New Year's holidays in Russia last nine days, and many Russians spend them in various holiday resorts.

According to Russia's Association of Tour Operators, this year many people didn't go abroad and preferred to spend their vacations within the country.

Krasnaya Polyana is a popular ski holiday resort in Sochi. It includes two villages- Krasnaya Polyana and Esto-Sadok — as well as the ski resorts themselves, located in the nearby mountains.

Krasnaya Polyana was one of the main venues of the Winter Olympics 2014.

Dombai is another favorite destination for ski-lovers. The ski resort is located in the Caucasus mountains in the Karachay-Cherkess Republic. It has been very popular among Russian (and Soviet) tourists since 1920s. Dombai is often called a "Mecca of ski tourism" and has a well-developed infrastructure.

Another popular place in the Caucasus to spend winter holidays is Elbrus, an extinct volcano and the highest peak in Russia and in Europe. The mountain is covered with snow and ice almost all year round and is well-known for its wide slopes that are popular both among both ski-lovers and snowboarders.

Veliky Ustyug is a town in Vologda Oblast, Russia, which is well-known as a home-town of Ded Moroz (Russian version of Santa Claus). The resort is nice a place to go with children as it has a lot of entertainment facilities, including personal meeting with Ded Moroz in his residence.

Moscow region's countryside has also a lot to offer to its visitors. Tourists can try a traditional Russian steam bath (banya), throw snowballs, ice-skate and enjoy other outdoor activities.

Karelia is well-known for its stunning nature. But it also has a lot of winter entertainment to offer. Snowmobile safaris, dog sledding tours and ice fishing are only a few examples of how visitors can spend their holidays away from civilization.