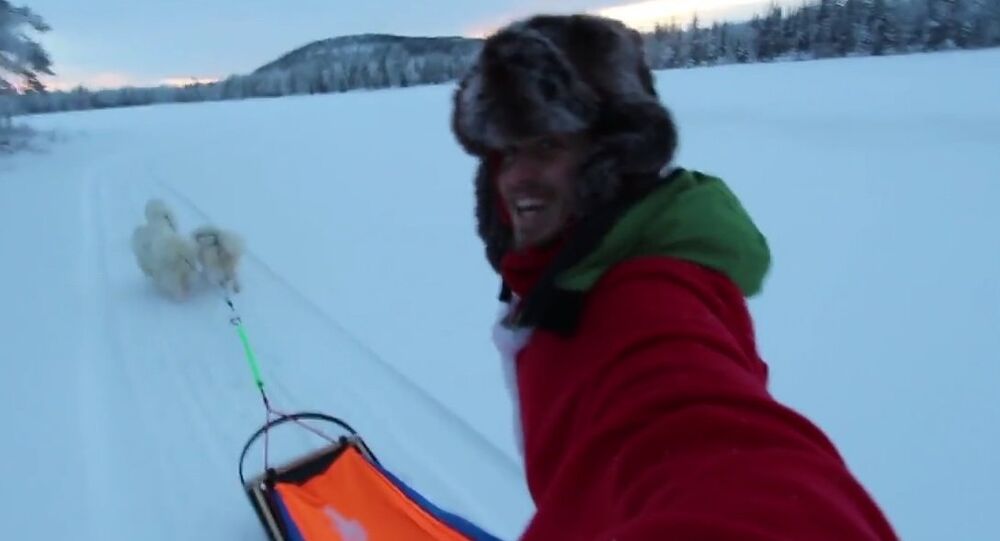 A stalwart French hitchhiker travelled all the way to Santa’s home in north Finland dressed as Father Christmas.

Seeking to put his endurance and willpower to the test, a French traveler and blogger who calls himself Captain Remi ("Because I decided to be the captain of my life") decided to take on an extraordinary challenge: to hitchhike all the way to Santa Claus Village in Rovaniemi, Finland, while dressed as Pere Noel (the French version of Santa).

"I just thought, it’s Christmas now so what can I do to make some Christmas magic? I like hitchhiking, and trying to catch a ride while dressed as Pere Noel does seem pretty fun," Captain Remi told Sputnik France.

It took the brave hitchhiker twelve days to reach his goal. About 40 drivers helped him travel across France, Belgium, the Netherlands, Germany, Denmark, Sweden and Finland. And at the end of his journey, Captain Remi was finally able to fulfill a childhood dream: to take a ride on a dog sled.

"I believe that anyone can do it. My message to Frenchmen is this: believe in yourselves and act!" Captain Remi declared.