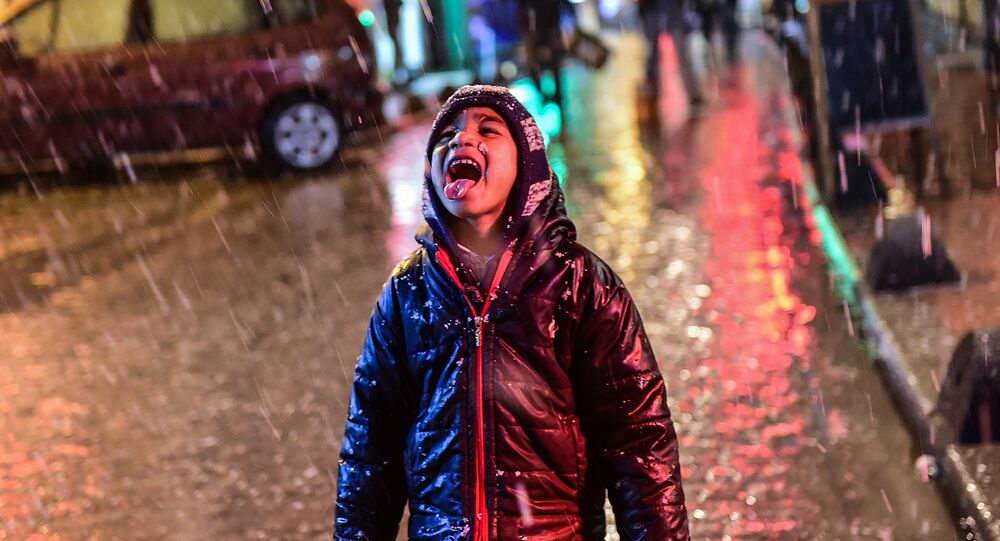 Heavy snowfall battered central Athens on early Thursday morning for the first time in over 30 years, leaving bewildered citizens trying to clean up their roads and their cars.

Snow is rarely seen in Athens; it only falls in the northern suburbs of the capital and the surrounding mountains from time to time.

The city’s administration organized two warming centers for homeless people, whose numbers have grown dramatically in Athens in recent years.

Greece is not the only warm country hit by snow this winter. Since the middle of December there has been a spell of cold weather in Turkey.

The first snow fell in Istanbul on December 16 and brought traffic to a stand-still. The snowfall continued all through the night.

On December 26 a heavy snowfall battered another Turkish city – Ankara.

This winter snow has even fallen in the Sahara desert! On December 22, NASA released satellite images of this rare natural phenomenon. It was the first snow in the Sahara in 37 years.

According to witnesses, the snow hung around for three days before melting.

The temperature has dropped in Syria as well. Since the second half of December, snow has covered even those regions of the country where it has not been seen for 25 years.

The largest amount of snow has fallen in Homs province.