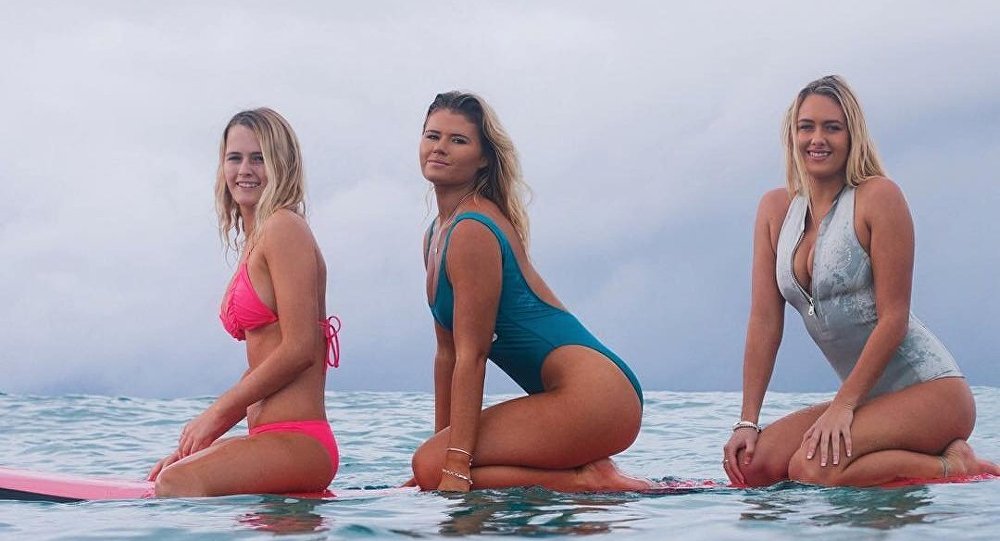 Roam if You Want To: Australian Surf Sisters Make it Big With Bikini Beach Pics

The pro-surfing Coffey siblings have been catapulted into stardom as “the Kardashians of surfing” thanks to hundreds of thousands of followers on social media who want to see these curvy bronze-skinned girls live their romantic, crowd-funded lives.

The family first gained notoriety thanks to Instagram, where bikini photos of 21- year-old Ellie-Jean earned her 634,000 followers.Her sister, 18-year-old Holly-Sue has 314,000 followers. Their 16-year-old sister Ruby-Lee only has 152,000 followers so far. The youngest of the siblings, 14-year-old Bonnie-Lou, already has 106,000 of her own followers.

Their story began tragically: the girls' mother Kym broke her neck in an accident when her youngest daughter was just three months old. After that, their father, Jason Coffey, decided the family needed to roam for a while and get away from it all. So he sold the family home and bought a caravan, which the family used to travel up and down the Australian east coast; he home-schooled all his children on the road.

After the girls started to share the family’s adventures online, the Coffeys started to find people to sponsor them. Soon, they were able to forget about their money problems. Now they have lucrative contracts with companies which remunerate them handsomely for access to their army of follows.

The girls aren't just good-looking – they're also top-notch surfers. As of 2015, Ellie-Jean was listed as the 6th best female surfer in the world.