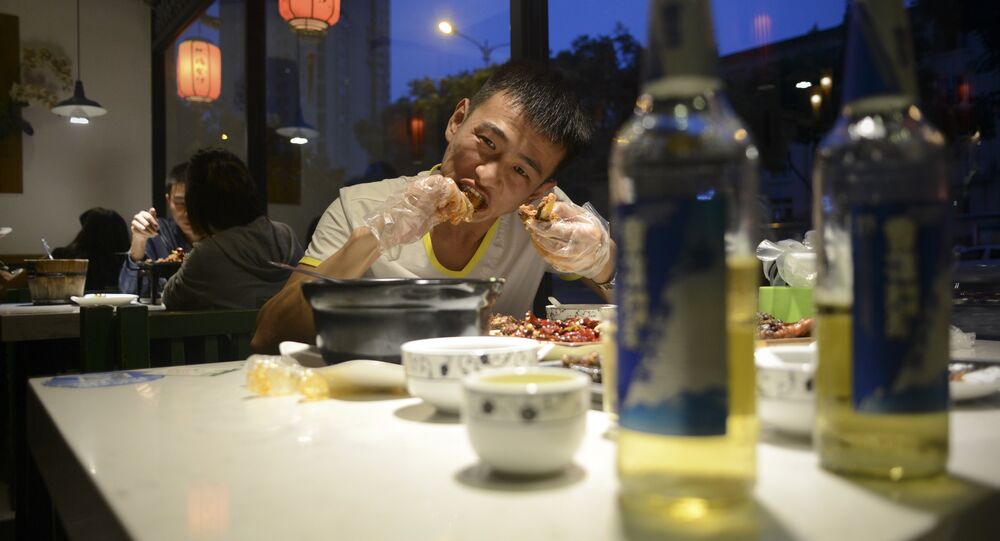 Shichuan province in southwest China is renowned for its spicy local dishes which sometimes look odd even to the residents of other Chinese provinces, like rabbit heads, for example. They are especially popular as a late night treat on the streets. Demand for this terrifying delicacy is so high that the province has to import them from France.

Sichuan is a remote province, long isolated by mountain ranges, so its traditions are quite unique. "Bunny brains" is one of the specialties of the region, and outside Sichuan it can only be found in a few restaurants in Beijing.

However, in Shichuan’s capital, Chengdu rabbit heads are a common snack and sold from innumerable stalls in the streets of the city and at night markets.

“You have to drain the rabbits of their blood, then remove the guts before marinating the head in a broth for several hours,” he said.

Diners then use their teeth to gnaw at the flesh. They crack open the skulls covered in sauce, suck out the brain and nibble on the cheeks.

For people in Sichuan, playing with your food is part of the fun, she said, adding they like “the grapple factor,” Fuchsia Dunlop, a London-based expert in Chinese gastronomy said as quoted by AFP.

“Using your fingers and teeth to get a little bit of meat, it’s part of the pleasure.”

Chinese farms cannot cope with the colossal local demand, and as a result, nearly 20 percent of rabbit heads are imported from Europe, mainly from Italy and France.

However, it is difficult to expect that that the taste for the treat will expand beyond Sichuan in the foreseeable future.

© AFP 2020 / WANG ZHAO
This picture taken on September 8, 2016 shows a waitress preparing a plate of rabbit's head for customers at a restaurant in Chengdu, in southwestern China's Sichuan province

Rabbits are regarded as cute by the Chinese and even feature in Chinese mythology – for example, a “jade rabbit” that lives on the moon.

“A lot of people outside our province do not dare taste rabbit heads, because the rabbit heads do look quite terrifying,” AFP cites Rong Lipeng, deputy chairman of Hage, China’s leading supplier of rabbit meat and products.