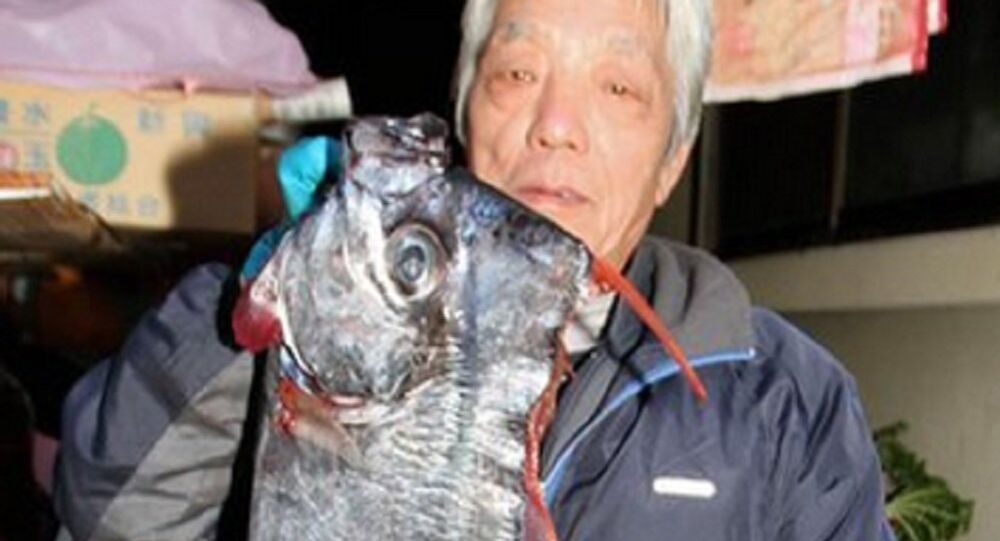 A Japanese businessman caught a rare abyssal fish 1.2 meters long. The photo of him holding the catch is somewhat funny, because the fish looks just slightly smaller than the fisherman.

Ichio Arada, a 65-year-old businessman from Toyooka City in Hyogo Prefecture, caught the 1.2-meter (4-feet) long crestfish in the Sea of Japan, while fishing from his boat, Kobe Newspaper reported on Friday.

According to the specialists, crestfish are very rare in the region and have hardly ever been caught before.

Arada said, he caught the fish on December 18 and had a lot of trouble trying to pull it out of water. He understood that it was a really big catch and he was very happy – before he finally got the fish to his boat and realized that he had never seen such a creature before.

The outlet also published a photo of Arada proudly holding the enormous crestfish. Or, perhaps, the fish holds Mr. Arada, who does not look much bigger than his catch.

When Fish Get Ugly! Russian Fisherman Shows Off Horrors From the Deep (PHOTOS)