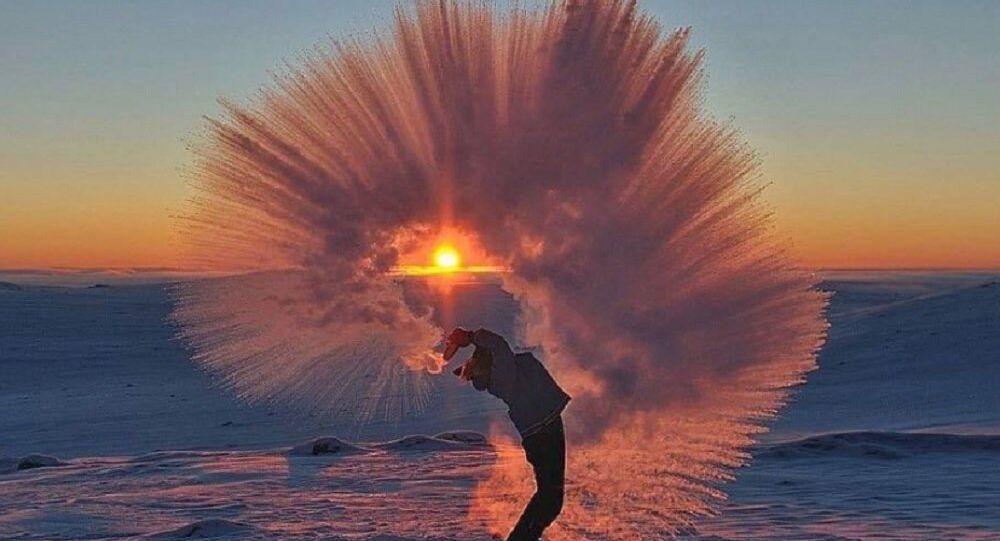 Meanwhile in Siberia: What Happens When Boiling Water Poured Into -50°C Frost

Real Siberians cannot just sit around even when temperature outside goes below minus 50°C.

In the city of Nefteyugansk in West Siberia a man shot a video of an experiment he made dashing boiling water out of an electric kettle into frost. According to the weather forecast, the temperature in the city on December 21, when the video was uploaded, was —48°C (-54.4°F).

In the footage the man recklessly throws up the steaming kettle right above his head… And nothing bad happens. The water blasts like a firework and then turns into a thick cloud of mist, and not a single drop reaches the earth.

In the comments to the video on Instagram many users wrote that they have already tried or want to try the trick.

According to the local meteorologists, the temperature in the region will go up on Friday, reaching minus 30°C (-22°F). It must sound just like the tropics for the locals!

The Charming, Snowy White Beauty of Winter in Siberia

Bikini Slalom: The Girls of Russian Ski Resort of Sheregesh