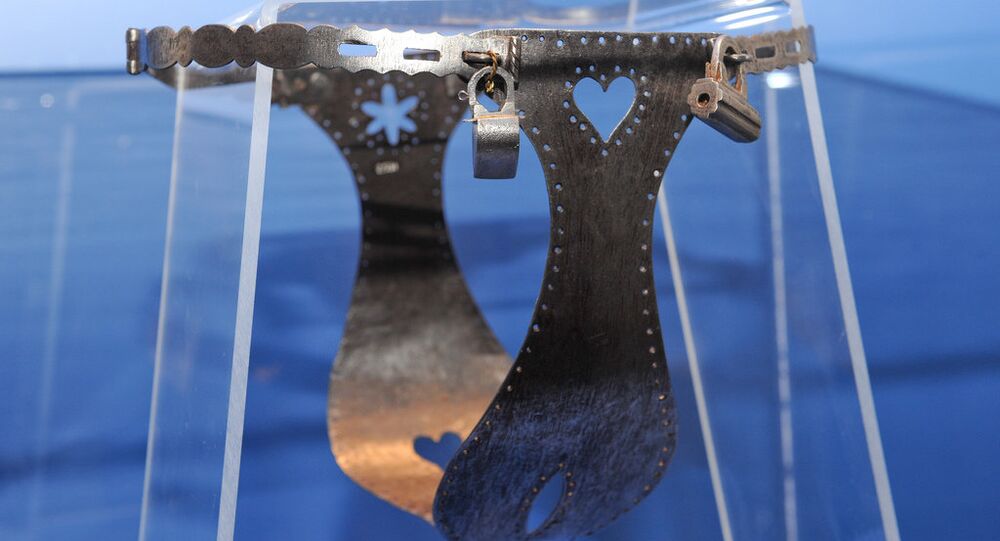 In order to protect women around the world from rape and sexual harassment, a German entrepreneur came up with a new protective garment – 'screaming pants'.

© Flickr / Ren Rebadomia
German Authorities Turn a Blind Eye to Child Sexual Abuse
A company based in the German city of Oberhausen has started producing what it calls Safe Shorts –sweatpants made of very sturdy fabric highly resistant to slashing and tearing, along with some other defense mechanisms designed to protect its wearer against sexual assaults.

Sandra Seilz, Safe Shorts’ creator, told Sputnik Deutschland that as a jogging enthusiast she has been thinking about creating a garment like this for quite some time.

She said that some time ago, a trio of men stopped her while she was jogging and attempted to pull her pants off. That unfortunate assault, along with the news of sexual assaults against women in Cologne during the last New Year’s Eve celebration, was what spurred her into action.

The pants have three defense mechanisms designed to thwart a would-be rapist’s advances.

First of all, the pants’ drawstrings are very resistant to slashing and tearing, and their design ensures that they can’t be easily untied by the assailant or allow him to pull off the pants without untying them.

Second, tampering with the pants prompts the garment to let out an extremely loud acoustic signal (130 dB) meant to scare off the assailant and alert everyone in the vicinity; the wearer can also trigger the signal herself by sharply pulling the pants’ drawstrings.

The third element is a soft protector in the crotch region which prevents a potential assailant from tearing the pants between the wearer’s legs.

Safe Shorts for jogging cost 149 euros, but there’s also a model for everyday use priced at 99 euros, Seilz revealed.

"They’re like panties with a low waistline that can be worn under a skirt or jeans," she said.

Safe Shorts are already becoming popular not only in Germany but abroad, as Seilz’s company has received orders from Japan, Finland, Sweden, Italy, Taiwan and the United States.