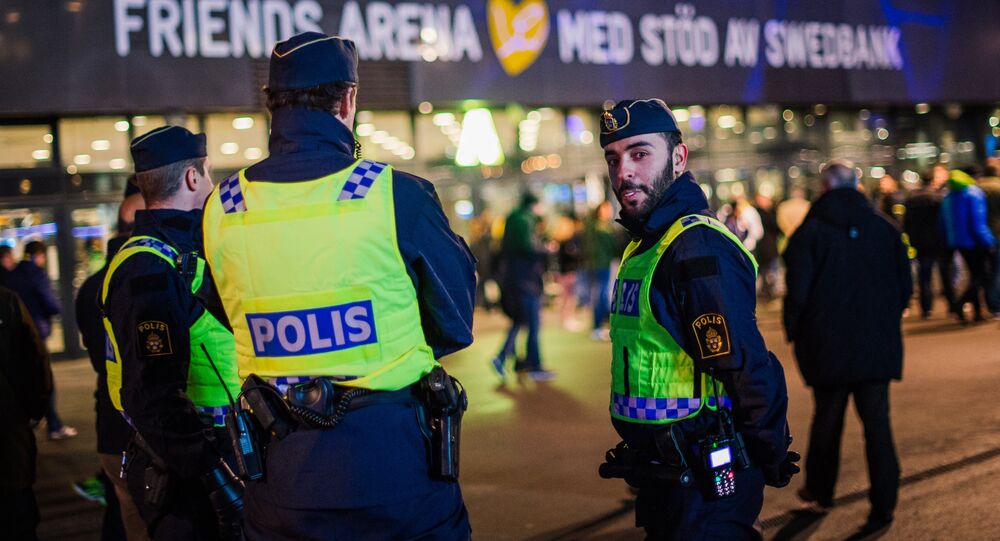 Sweden's police force, which has been plagued by understaffing, underpayment and low crime detection, is making efforts to become more "diverse" in order to cater to Sweden's increasingly diverse population. Authorities are hoping immigrants will give the police more "street cred."

© AFP 2020 / JONATHAN NACKSTRAND
Sweden's Feminist Gov't Funnels Millions Into 'Yet Another' Equality Authority
According to new police guidelines, immigrants will comprise a greater proportion of future police officers. The project World Integrated into Swedish Police (abbreviated to VISP) aims to increase the so-called diversity at all levels.

"We need a lot more diversity in the police, applying to everything from ethnicity to different experiences and backgrounds," Carin Götblad, who leads the VISP project, said in a press release.

Through hiring more ethnic minorities, Swedish police hope to find a common language with dozens of "no-go zones" in Swedish cities, which are in effect a euphemism for burgeoning ethnic ghettoes, marked by unemployment and crime. Police, rescue services and ambulances are reluctant to visit these "exclusion areas" (which is another term for tidying up the grim reality), where they are habitually met with stones and Molotov cocktails.

"The police are there for everyone. In order to be able to meet all members in society, we must understand different cultures. Therefore, we need more police employees with a foreign background," project manager Kia Samrell explained.

© AFP 2020 / TT NEWS AGENCY / STIG-AKE JONSSON
Islamist 'Morality Police' Lurk in Troubled Swedish Suburbs
The police press release cited Rojin Khalili, who recently joined the police force, as a positive example, admitting that she had only been able to land the job because she is an immigrant. Her parents fled Iran when she was still in her mother's womb. Khaili was born in Belgium and came to Sweden as a two-year-old.

"I only have a high school education, and no work experience in either the police or any other authority. If I can handle a job in the police, others can too," Rojin Khalili said, citing her skills in Kurdish, Persian and Dari.

In the press release, the troubled Stockholm suburb of Södertälje was highlighted as a positive example working to increase diversity in the police. Today, 6 percent of police officers have an immigrant background. This is well below the nationwide percentage of people of immigrant descent, which totals 17 percent.

© Flickr / Erik
Copping Out: Sweden Relies on Private Guards to Counter Lack of Police
Meanwhile, the harrowing crisis in the Swedish police force continues, despite the allocation of billions of extra kroner. Thousands of reported crimes continue to accumulate, including hundreds of rapes, murders and attempted murders. The number of crimes reported in Sweden continued to increase this year, while more preliminary investigations are being stopped in a short space of time. During the first half of 2016, 764,000 crimes were reported, which is an increase of 2 percent compared to the same period of 2015. At present, Swedish police have a crime detection rate of 14 percent, which is the lowest in 16 years.

In November, police in the Swedish region of Skåne admitted that it ran out of homicide detectives and requested help from Stockholm and Gothenburg. Additionally, this summer Sweden experienced an unparalleled wave of sexual harassment at summer festivals, as well as a spate of vehicular arsons.

Whereas Swedish authorities vehemently deny any link between immigration and crime, both left-wing and right-wing parties agreed in autumn that last year's migrant crisis had sped up Swedish police's problems. Subsequently, both Interior Minister Anders Ygeman and Police Chief Dan Eliasson came under fire for failing to undertake timely measures.