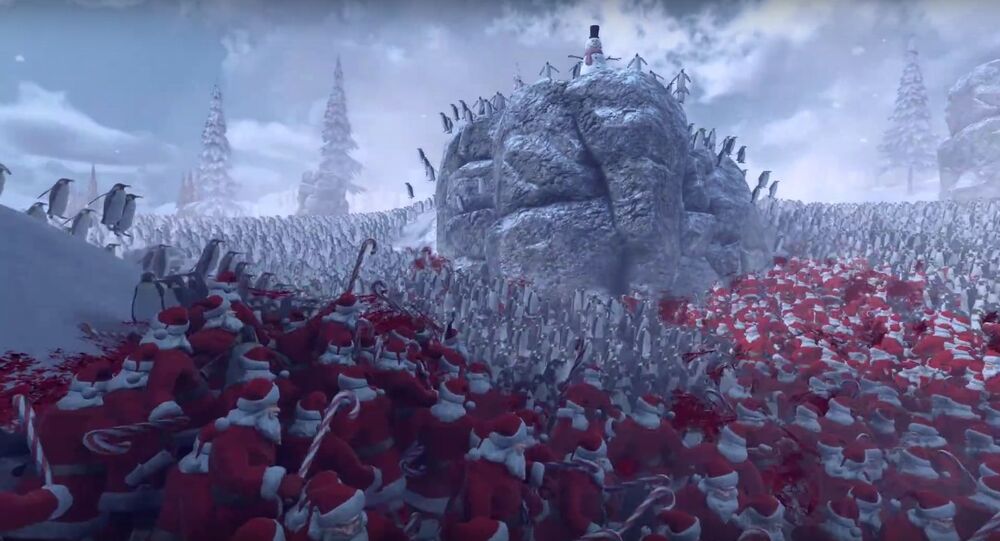 An enterprising company which develops indie video games called Brilliant Game Studios decided to showcase new features of their latest crowd rendering system in a Christmas fashion by staging a virtual battle between the kings of the North Pole and a flock of their Antarctic foes.

In order to demonstrate what their upcoming product, the Epic Battle Simulator, is going to be capable of, Brilliant Game Studios created a simulation of a massive battle between two unlikely antagonists – Santa Clauses and penguins.

An 8-minute video posted on YouTube shows the fighting in gory detail as 4,000 Santas armed with giant candy canes valiantly attempt to hold off a horde of some 11,000 sinister penguins. And while the choice of characters may at first appear festive and humorous, at some point the footage starts to look more like something out of the Game of Thrones series.

"This video showcases some of the new features to the crowd rendering system. Units now navigate complex terrain, bodies now pile up, movement and avoidance are improved and smoothed," the developers said in the video description.