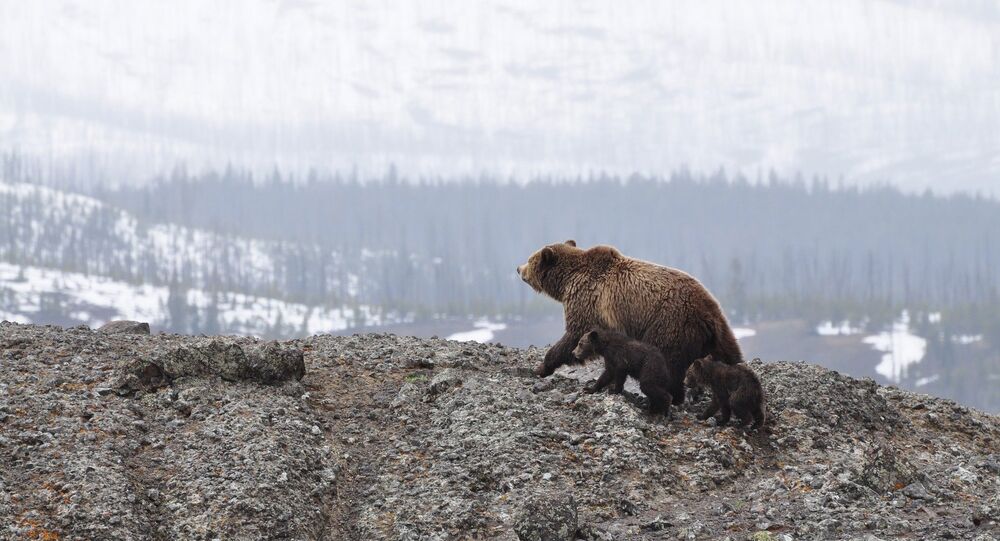 A few vacationers staying at a resort in Krasnaya Polyana, located near the Russian city of Sochi, had a surprise encounter with a couple of bear cubs led by their mother.

Fortunately, the encounter took place when the people were riding a ski lift, thus they were able to observe the creatures from a safe distance with no fear of a more intimate interaction.

Meanwhile the bears calmly walked across the ski slope, apparently untroubled by the presence of humans.

It should be noted that while encounters with bears in the vicinity of Krasnaya Polyana are not that rare, some of them tend to be a lot less amicable than this one.

According to RIA Novosti, a group of tourists that were hiking in the mountains near Sochi had a run-in with a savage bear. While thankfully none of the hikers were killed during the incident, one of them, a 25-years old girl, was severely mangled by the beast and had to be flown by a rescue helicopter to a local hospital for treatment.

David and Goliath: Tiny Dog Takes on a Huge Bear