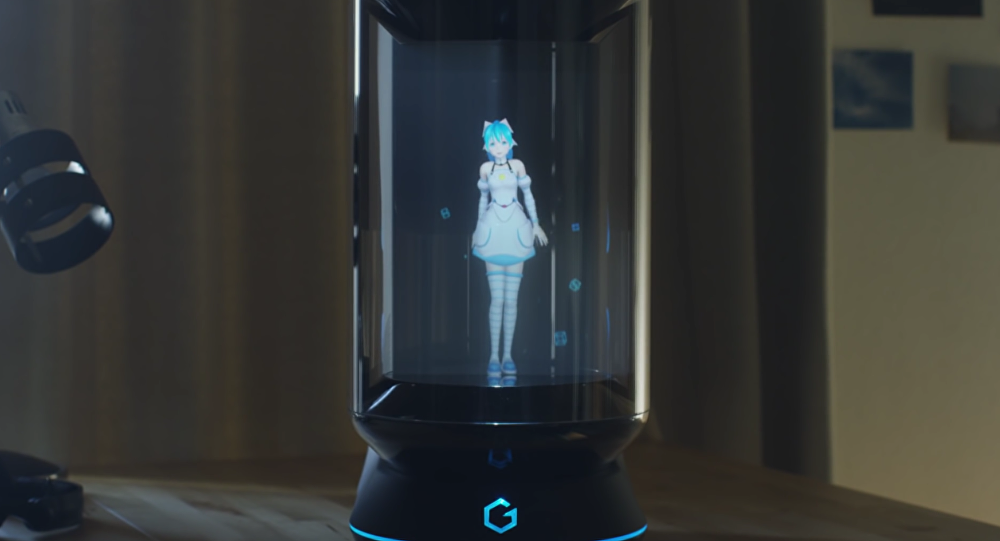 A Japanese company designed a virtual robot which helps with home automation and serves as a companion.

Robots already ‘live’ in human homes helping people to do the things they do not like to do such as house keeping. Recently virtual robots such as Google Home which helps automatize living quarters was released. But Japanese company Gatebox has taken it a step even further by creating a virtual robot with animated 3D hologram girl as its avatar designed to interact with its owner.

Gatebox is a projection tube weighing 5kg and displays a character inside the tube which has a camera, stereo speakers, a microphone, motion sensors, warmth and moisture sensors, luminance sensor, touch buttons, and a headphone port available for private listening. Everything is designed to make communication with the robot easy and life-like.

The device can be connected to a home network and allows to automatize some tasks such as turning lights and household appliances on or off.

Gatebox links to an iOS or Android app that allow users to chat with the character when they are away from home.

The blue haired girl inside the tube is called Azuma Hikari and she even has her own website. According to the website, she is a “dimensional traveler.” Azuma is 20-years old and 158cm tall. She likes to watch anime as a hobby and her specialty is making fried eggs. She is also listed as liking donuts and not liking insects. Her dream is to help people who want to work hard.

Azuma has two voices the owner can choose from. Gatebox has termed her as the “first character,” which suggests there will be options for more characters to interact with in the future.

Based on their advertising, their target group appears to be male singles who are likely to use the robot to do housework and to receive moral support and communication – exactly what real girls were needed for in the past.

How Can You Tell a Robot From a Person?

Laundroid: 'Space Odyssey'-Inspired Robot Wants to Do Your Laundry (VIDEO)