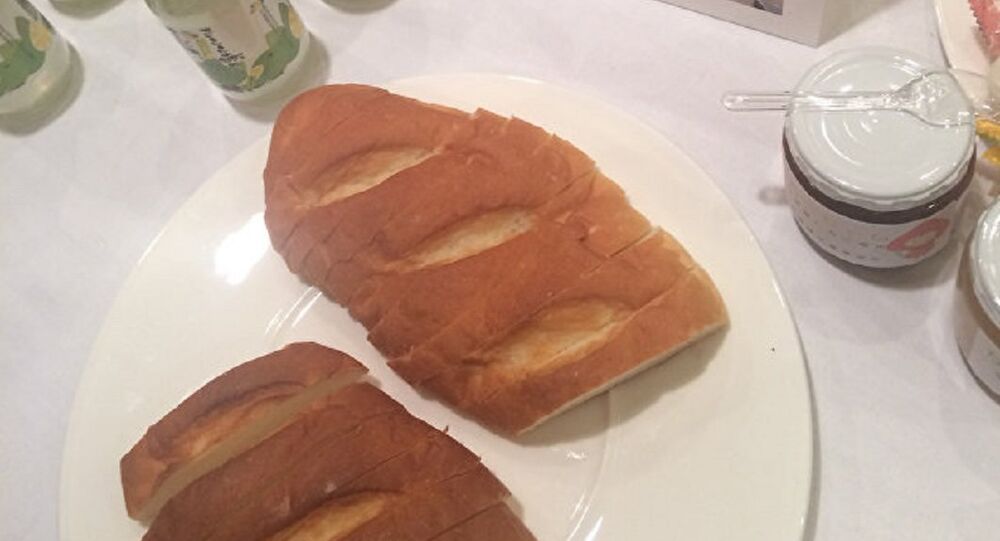 Schools in the Japanese city of Nagato included Russian dishes in their menus on occasion of President Putin’s visit to the country.

© Sputnik / Alexei Druzhinin
'Compromise' Needed to Resolve Kuril Islands Issue as Both Putin, Abe Want to End the Spat
All primary and secondary schools in the city of Nagato in Yamaguti Prefecture in Japan will serve their pupils such traditional Russian dishes as borscht and pirozhki (pies) today when the much anticipated meeting of Japanese Minister Shinzo Abe and Russian President Vladimir Putin is held in the city.

Local restaurants decided to surprise their customers with another dish from Russian cuisine – shashlik (a sort of barbecue).

​Journalists were offered waffles with green tea, and traditional Japanese desserts made from mandarins and rice flour while they were waiting for the meeting to begin. Other dishes in the menu for press included salty coffee and Russian bread baked by Japanese school children.

“There has never been such a big event in the history of our city,” the head of municipal press service Masaaki Murakami told the journalists.

© Sputnik / Ekaterina Chesnokova
Reports Japan May Set Up US Bases on Kurils Not To Affect Talks With Russia
The city administration prepared for the meeting carefully. Banners with greetings in Russian have been installed in the streets of Nagato where residents greeted the arrival of Vladimir Putin waving little tricolor Russian flags.

Moreover, the city administration decided to make a website in Russian. They found only one person who speaks the language in the entire prefecture, but he was eager to help, a representative said.

Putin Thanks Abe for Efforts Aimed at Strengthening Russia-Japan Ties