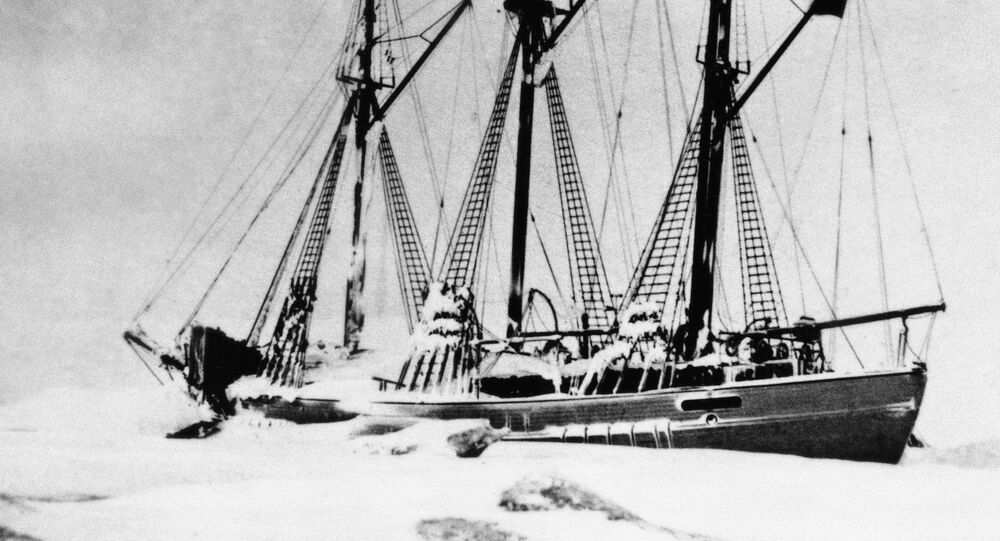 Norway, which takes much pride for its part in the Heroic Age of Arctic and Antarctic exploration, is all set to get a new tourist attraction, as legendary polar researcher Roald Amundsen's old ship, the Maud, recently raised from the seabed in Canada, is heading home.

© Flickr / alexanderTIEDEMANN
A View to Die for: Thoughtless Selfie-Tourists Distress Norwegian Rescuers
The plan is to tow the Maud back to Norway through the Northeast Passage to the polar town of Vardø, from where she pulled out of Norway in 1918. The ambition of the project Maud Returns Home, which has been going on for several years, is to make Maud a tourist attraction together with her fabled cousins the Fram and the Gjøa, which are now both anchored in Oslo as national monuments and open to the public to celebrate the Norwegian maritime glory.

According to project leader Jan Wanggaard, the Maud constitutes important cultural heritage. The idea is to celebrate the centenary of Amundsen's polar expedition from Vardø. The project is funded by Norwegian-owned Tandberg Eiendom group, which also intends to build a museum, once the ship is back to Norway, Norwegian national broadcaster NRK reported.

​In the summer of 2016, the Maud's hull was finally salvaged in Cambridge Bay, Canada — after six years of work. The plan is to start the towing next August, spend the winter in northwestern Russia and arrive at Vardø on July 18, 2018, to great applause from the locals. Later, the ship is planned to be towed south to Asker Municipality near Oslo, where she was built.

© Flickr / NOAA Photo Library
Eat This, Global Warming! Bird Poo to Repel Arctic Climate Change
Wanggaard already visited Moscow to ensure the passage through Russia's Northern Sea Route. According to him, the Russians were pleased to be of any help to commemorate Andersen's polar exploits.

The Maud's egg-like hull helped maintain its structure even under heavy ice pressure and despite having been submerged in Arctic waters for over 80 years, the ship has maintained much of its integrity.

Although lesser known than the Fram, which was used in Arctic and Antarctic expeditions by Norwegian explorers Fridtjof Nansen, Otto Sverdrup, and Roald Amundsen, the Maud, named after Queen Maud of Norway, was built for Roald Amundsen's second expedition to the Arctic after his 1903-1906 expedition on board the Gjøa through the Northwestern passage.

​After sailing through the Northeast Passage, which took six years between 1918 and 1924, the Maud ended up in Nome, Alaska. In 1925, she was sold to the Hudson's Bay Company, which renamed her the Baymaud. In the winter of 1926, she was frozen into ice at Cambridge Bay, where he sank in 1930.

“Victory awaits him who has everything in order – luck, people call it.”
Roald Amundsen #Amundsen pic.twitter.com/ywqutUdv8t