Scientists using brain imaging technology have discovered a possible treatment for cerebral malaria, a form of the tropical disease that kills nearly one-third of those infected, the US National Institutes of Health said in a press release.

WASHINGTON (Sputnik) — When malaria reaches the brain, antibodies that attack the malaria parasite also attack the lining of blood vessels, causing leakage, swelling and death in 15-to-30 percent of those infected, the release explained on Tuesday.

"By looking into the living brain, we were able to watch the chain of events that cause cerebral malaria to kill thousands of people every year," NIH’s National Institute of Neurological Disorders and Stroke scientist Dorian McGavern said in the release on Tuesday. "Our study also suggests there may be a simple treatment available to stop this deadly disease." 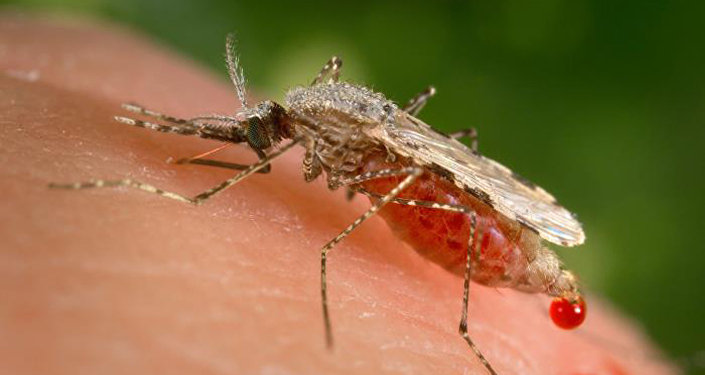 © AP Photo / James Gathany/CDC
Score One for Humans: Scientists Upgrade Mosquitoes With Malaria Resistance
By treating infected mice with two drugs already approved by the US Food and Drug Administration, malaria antibodies detached from blood vessel walls within 30 minutes, preventing fatal brain swelling in all of the treated mice, the release explained.

In addition, the live-action imaging technology in the study could also be used to discover ways in which other mosquito-borne illnesses, such as Zika and dengue, affect the brain, the release noted.