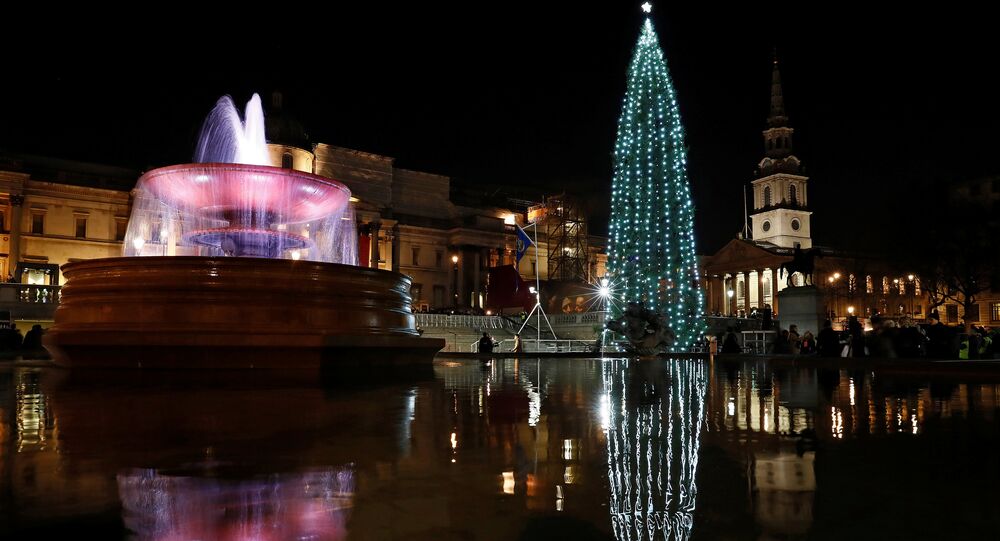 Every year since 1947, Oslo has given London a Christmas tree as a sign of gratitude for Britain's help during World War II. According to the tradition, the Christmas tree was lit in Trafalgar Square on the first Thursday in December. However, many Londoners were uninspired by Norway's gift, which resembled a "cucumber draped in lights."

© Flickr / lukewarmdog
Bad Santa: Oslo Leaves Iceland Without Christmas Trees
The gift from the people of Oslo weighs about 4 tons, is 28 meters high and is 116 years old. The tree was felled in Østmarka, a forestland east of the Norwegian capital, in November in the presence of Lord Mayor of Westminster to be subsequently shipped to England.

However, this year's Christmas tree failed to impress a great many Londoners, who launched a Twitter rebellion against Norway's present. The tree was described as long, thin and anything but lush.

"If the Christmas tree in Trafalgar Square is anything to go by, Norway clearly hates London," one user tweeted. "Oi Norway, next year can we get a tree and not a cucumber," another argued.

@colouroffensive We don't hate you, the tree would've looked alot nicer if you decorated it with white lights instead… pic.twitter.com/dQQYFFdxu1

Mayor of Oslo, Marianne Borgen, who attended the lighting ceremony in London, calmly defended the tree.

"I would not call this an infirmity, although I see differing opinions on the tree. The most important though is its symbolic value of gratitude and friendship. This is the seventieth tree we give to London, and it is a great tradition. Everyone needs friends, also cities," Marianne Borgen told Norwegian newspaper Aftenposten. "It's normal with all the reactions, and I really think it's funny. It shows how important this tree is. It is a real, 116-year-old spruce from the Norwegian forest, not your Disney tree," she continued.

#TrafalgarSquare I thought the Christmas tree was the GHERKIN — same shape and colour!!!!

​The Christmas tree, which happens to have its own Twitter account, seemed to be happy despite all the criticism.

Apparently some people aren't happy with me this year. Please pass your comments to Nelson and he'll deal with it accordingly. 🎄

​The Trafalgar Square Christmas tree has been an annual gift to the people of Britain by the city of Oslo as a token of gratitude for British support to Norway during the Second World War. The tree remains until just before the Twelfth Night of Christmas, when it is taken down to be recycled. The tree will be chipped and composted to make mulch.

Is the Christmas tree in #TrafalgarSquare meant to look like a giant illuminated cucumber 🤔 🌲 pic.twitter.com/TtDfSmSBy4