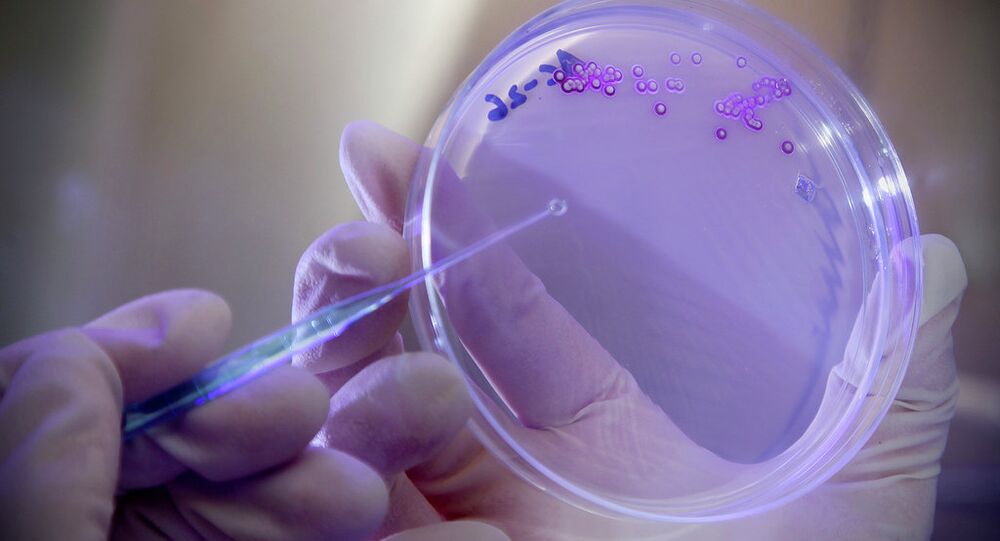 A new study shows that certain types of bacteria in the intestines might be linked to the development of Parkinson’s disease (PD) and paves the way for future research and treatment.

New research in this direction could reveal the impact of gut microbiota on the central nervous system and neurological diseases.

"Although neurological diseases have been historically studied within the CNS [central nervous system], peripheral influences have been implicated in the onset and/or progression of diseases that impact the brain," the scientists wrote in the article, published December 1 in the journal Cell.
"Research into how the gut-brain axis influences neurological conditions may reveal insights into disease etiology."

© AP Photo
Study Links Hitler's Fatal Decisions to Parkinson's Disease
Then the mice were given germs. "When we transferred microbiota from Parkinson's disease patients, the mice developed more severe symptoms than when they got microbiota from healthy controls," Sarkis Mazmanian said, according to NBC News.

"Remarkably, fecal microbes from PD patients impair motor function significantly more than microbiota from healthy controls when transplanted into mice. Together, these results suggest that gut microbes may play a critical and functional role in the pathogenesis of synucleinopathies [diseases that include multiple system atrophy, and Lewy body disease] such as PD."

But the researchers caution against drawing hasty conclusions, as the experiments have not been done on people. The link between neurodegenerative diseases and gut bacteria is not proven. Science does not yet know all different species of bacteria living in the intestines, let alone those that affect Parkinson's.

"I am sure sensational claims will be made," Mazmanian said. "I have seen people misrepresent our research. This research opens doors but it doesn't mean that we have solved the problem of Parkinson's disease."

"It's mouse research and doesn't mean we've done anything yet to help people."

Mazmanian suggests that if the link between the bacteria and disease is proven, then the treatment could be made more efficient by getting drugs into the gut instead of the brain.

"I think it is going to be one of these groundbreaking pieces of research," said James Beck, vice president for scientific affairs at the Parkinson's Disease Foundation, which was not involved in the research, according to NBC News. "It might lead to new therapies."

In 2014, researchers at Arizona State University reported results of a similar experiment that posited gut bacteria's role in the development of autism. Many more years are needed to prove the relation between the two, however.