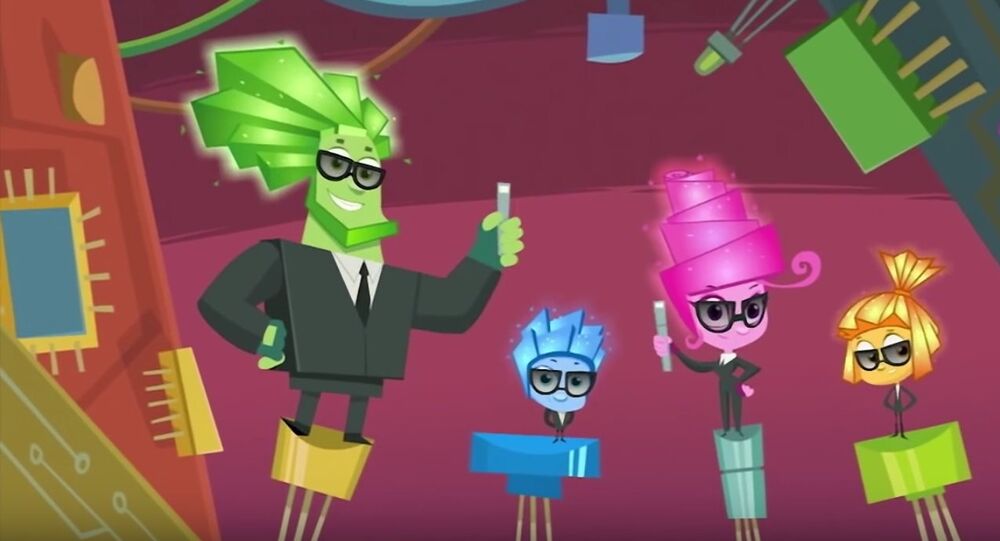 Russian cartoons continue to win recognition across the world as popular animated series The Fixies was recently included in Discovery Education program.

The animated series chronicles the adventures of the eponymous Fixies – tiny creatures who live inside machines and devices, "maintaining and repairing them with the aid of their tool-filled pack-o-mats", according to the cartoon’s official website.

The show is a creative blend of entertainment and education which teaches kids how certain gadgets, devices and home appliances are designed and operate.

And the fact that the series were recognized by Discovery Education – a branch of Discovery Communications that provides content to millions of educators and students – speaks volumes of what useful educational material it is.
It should be noted though that this is far from the only Russian animated series that won the hearts of kids across the world.

For example, some of the episodes of the Masha and the Bear earned over a billion of views on YouTube, making it a true Internet sensation. The series focuses on the adventures of a little girl named Masha and a fatherly pictured bear who looks after her. The cartoon has been translated into 25 languages and broadcast in 100 countries across the world.

And while perhaps not as well-known as the exploits of Masha and her companion, the Kikoriki animation series also keeps gaining recognition beyond Russia’s borders. Originally called 'Smeshariki' (which can be loosely translated from Russian as 'funny balls') the series is broadcast in Europe and in the US, and is also available on YouTube. Aimed at children of 3 to 8 years, the series promotes the values of kindness, politeness and learning, often dealing with rather complex themes.